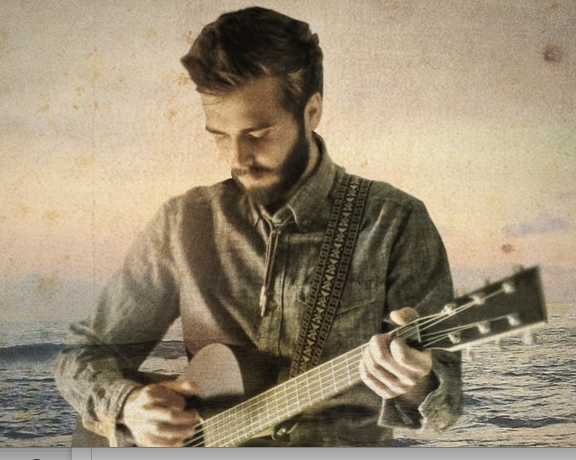 Taking a glance at the breadth of audio/visual elements in Lord Huron’s newest album Lonesome Dream, it is hard to imagine that brainchild Ben Schneider gets much sleep. The fully realized Western is both surreal and familiar. Every image is barrel-aged as the music wanders through deserts and mountains. We caught up with Ben to chat during what sounded like a pretty hellish drive, but he was a trooper and gave off nothing but good vibes. Barring any more van issues they will be playing Kung Fu Necktie tonight, so come check out this band before they blow up.

The Key: So where are you right now?

Ben Schneider: We are on an epic drive from Austin to Kentucky. Our van broke down in Kentucky a few days ago. We had to leave it there with most of our gear, and continue on with a couple rental cars for a few days. Our next show is in Atlanta, but instead of going straight to Atlanta, we have to go back to Kentucky, pick up our van, and then go to Atlanta, so we just drove through the night..

BS: (laughs) It’s not that bad, we didn’t miss any of our shows, which is great. We’re going to get the van back today so we’re pretty happy about that, and I’m looking forward to finally changing my clothes, which sounds good.

TK: Where on your hand are you from in Michigan?

BS: Well I grew up kind of on the palm, but I spent a lot of my time, and my summers, up on the tip of the middle finger.

TK: Up where Lake Huron is?

TK: It’s been a couple years since the release of your EP’s. What’s been going on? Has the album Lonesome Dreams been recorded for a while?

TK: How has it been working with IAMSOUND?

BS: It’s been good, we took our time choosing a label to work with, trying to make sure we could find somebody we could have a personal relationship with and who would let us do what we wanted to do, and it has been a good relationship so far.
It’s a little weird waiting so long to put something out, I was used to finishing something at home and releasing it online that night, waiting 4 months for a record to come out has been a little frustrating, but it’s all good.

TK: At least you have been able to utilizethattime. I can imagine there is a benefit to building anticipation before the release.

BS: Yeah, you’re actually really right about that. I wasn’t foreseeing it that way, but it has allowed me some time to put out other stuff in the meantime.

TK: Lord Huron started as a solo project, but has evolved into a band. Did you record the new album yourself, or did the band help with the recording process?

BS: Yeah everyone in the band played on it, so this time it was a lot more collaboration in the studio. I kind of demoed everything out pretty extensively and then when we finally settled on a label, we were able to go into a real studio. I then had everyone come in with me and we worked out additional parts. Yeah, it was pretty cool.

TK: Do you have any specific non-musical influences for Lonesome Dreams?

TK: Would you like to add a visual aspect to your live show? Do you have any ideas what you might do?

BS: Yeah, it’s something we’ve thought a lot about. At this stage we don’t really have the budget to do everything we want to do, which I think would include a lot of projection and lights, but we are playing right now with a backdrop, so we have a landscape that we play in front of that the lights can play off. It is kind of the simplest way to extend that visual element to the live show the best we can. Eventually we hope to incorporate projections and other things, but for now, with the size clubs we are playing, it is kind of the most practical thing to do.

TK: What was it like to shoot the videos for “Time To Run” and “The Stranger“?

BS: We ended up being in pretty extreme climate for both of them, but opposites. I kind of wanted there to be a theme running through them all, they were both pretty simple productions, for “The Stranger” it was just me, Mark, a couple cousins, my sister and my friends. We shot it with one camera and for Time To Run it was just us and some friend who went to the desert for a day, ran around and had fun. They were both kind of taxing physically, because it was really cold in Michigan and then I think it was about 102 out in the desert when we were shooting Time To Run, so it was extreme, but we kept it light.

TK: Do you have any new stuff you are recording?

BS: I started writing a bit, but touring will keep us busy for a little while at least. This Winter when there isn’t much touring to be done, I’m planning on heading up to Michigan to do some demoing and start to see what’s next.

TK: Now that you have established yourself as a musician, have you thought about moving back to Michigan?

BS: Yeah, I actually have. That is something I am really seriously thinking about. I have been out in LA for about 7 years now and I think it could be good for me to make that move.