Listen to "May Day," a new song from Slingshot Dakota (playing The Barbary in November) - WXPN | Vinyl At Heart 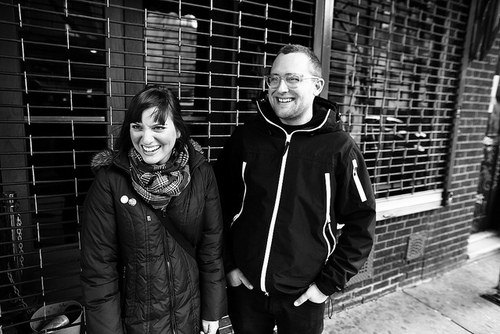 Listen to “May Day,” a new song from Slingshot Dakota (playing The Barbary in November)

Punky indie pop duo Slingshot Dakota is releasing its full-length Dark Hearts on Top Shelf Records on November 6, and a streaming version of its single “May Day” made it on to the internet yesterday. Its an infectious romp with guy-girl harmonies and a keyboard lead will probably result in some comparisons to Mates of State or Matt and Kim…and sure, it doesn’t not sound like those folks. But listen with an open mind, since there’s an energy and shoutalong urgency that’s all Slingshot’s own, a pogo / slam-dance / crowd-surf vibe. This song will get you on your feet, not to bop, but to freak out. Listen to “May Day” here, pre-order the album from the label here and catch the band on November 1 when they play a pre-release concert at The Barbary.