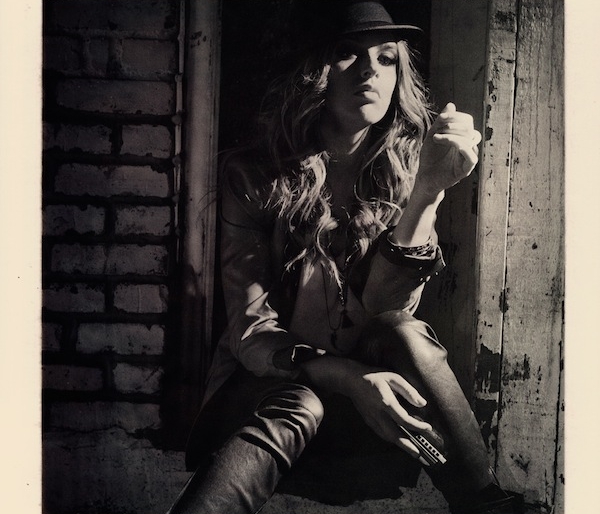 ZZ Ward recently released her debut album Til The Casket Drops on Hollywood Records. ZZ, (short for Zsuzsanna) was born in Abington, PA., and raised in Oregon. ZZ first caught the attention of music fans about a year ago with her Eleven Roses mixtape (available here for free). Ward’s debut is an eclectic collection of songs influenced by her love of many genres of music including rock, blues, hip-hop, R&B and straight-ahead pop. With all its musical diversity, the album manages to hang together in large part to her confident, soaring and adaptive vocals. With guest appearances from rappers Freddie Gibbs, Kendrick Lamar, and Fitz (of Fitz and the Tantrums) Casket is an excellent debut. ZZ plays tomorrow evening, Tuesday, November 6th at World Cafe Live. Go here for tickets and more information about the show. The Key caught up with ZZ via e-mail; read the interview below. Below the interview, stream a sampler of ZZ’s debut album.

The Key: Congrats on the album. Word on the street is you’re from Abington, PA? How long did you live there? Is your family from the Philly area?

ZZ Ward: I was born in Abington and grew up in Bucks County until I was 6 years old. My mom’s from Fishtown and my dad’s from the ‘burbs. I feel like it influenced me a lot. In Oregon, I never felt like I fit in. Now that I moved to LA, I really love Oregon and I see how it shaped me. I am very driven and quick-witted and I think I get THAT from East Coast.

TK: How long have you been a musician?

ZZ: I have always wanted to be a singer. I used to get out of the shower when I was 6 years old, hair wrapped up in a towel, and I’d imagine I was on stage and sing really loud in the mirror. My mother worked the night shift at the time so she would sleep during the day and I would get in trouble for waking her up. I had a really powerful voice since I was a kid that didn’t match my figure. I loved surprising people though and the power I felt when I was on stage changed my life.

TK: How did you get discovered?

ZZ: I was discovered by my manager Evan Kidd Bogart on MySpace. He was looking for an artist to develop and stumbled upon my page. Evan has a gift for finding talent; he found Eminem for Interscope when he was 19 years old. He believed in me from the start and helped me embrace who I am as an artist.

TK: Who are your musical heroes and influences?

ZZ: I have a lot of influences, mostly blues and hip-hop. From John Lee Hooker to Vera Ward Hall to Outkast to Lil Kim. But my musical heroes tend to lean towards Bob Dylan, Tom Petty, Joni Mitchell and Bowie – artists that have dared to be original and write their own songs.

TK: You’ve got some great collaborators on the album including rapper of the moment Kendrick Lamar, Freddie Gibbs, and Fitz of Fitz and The Tantrums. Please explain how those came about.

ZZ: I wrote the song “Cryin Wolf” that features Kendrick Lamar after hearing a recording of Maceo Haymes from the O’Mys singing a scratch vocal in the studio on a track that Blended Babies had produced. I said “he sounds like he is drunk on this track.” They were like, “yeah, he was blacked out. If you like the song we can take the scratch vocal off.” I said “No! That’s amazing. I want to write a song where he’s yelling at me drunk and I’m telling him to back off.” I think everyone thought the idea was nuts but I knew it would be one of my best artistic moments. Not only was it an idea I had never heard before, it was authentic. I called it “Cryin Wolf,” as if to tell the person I was writing about “I see through you”. I wanted Kendrick on this track because he is one of my favorite artists in the game right now. He is a monster talent and I loved his album Section.80. He kills it without defining his role in the song. What he is in the story or who he plays might be different for him, you or me. That’s truly a gift, he is elusive but at the same time undeniable.

I was a fan of Freddie Gibbs from having gone to his shows around LA a year before I ever knew we would be friends one day. I loved his song “Oil Money” and that song introduced me to the amazing producing duo Blended Babies. I was like, who did they track? It’s so bluesy, I love it. I had never heard of them before and I came to find out that’s the way they like it. They do it for the love of music and could care less about exposure. We flipped the track, Gibbs heard it and wanted to rap on my version. I was so excited to be in the studio with him! I waited anxiously while he wrote his lyrics and simultaneously rolled a blunt. He was on and off the mic in 5 minutes and he destroyed it.

Fitz (of Fitz and the Tantrums) is so talented and has a knack for getting this incredible throwback vibe out of his recordings. I really enjoyed writing with another singer/songwriter because we shared stories of touring and our love for classic, old music. He’s a risk taker and encouraged me to try some things on “Save My Life” that I would have never have tried before. I’m so happy he is a part of my record and music family!

TK: Fill in the blank: If I wasn’t going to be a musician I would be a…

TK: Your record has rock, R&B, hop-hop, blues; it’s got a lot of musical styles reflecting the diverse world we live in. It’s a fantastic mix of styles yet you’ve got a singular voice. When you set out to make the record, what was the sound you were hearing in your head?

ZZ: That’s still one of the hardest questions for me to answer. It’s like saying what type of person you are. Am I a nice person or I am a funny person? But some days I’m probably a bitch so how can I define myself or categorize my sound? I was heavily influenced by Alan Lomax recordings when I was making this album. I wanted to recreate the sounds I loved so much, a dirty, imperfect feel to my recordings, background harmonies and melodies. The bones of my record are very organic. I would hit my guitar with my hand for a kick and just play when I was writing.

TK: What’s your favorite song on the album and why?

ZZ: “Lil Darlin” – it was a last-minute decision to record it for the album. I feel like it’s a great mix of blues with an unexpected verse.