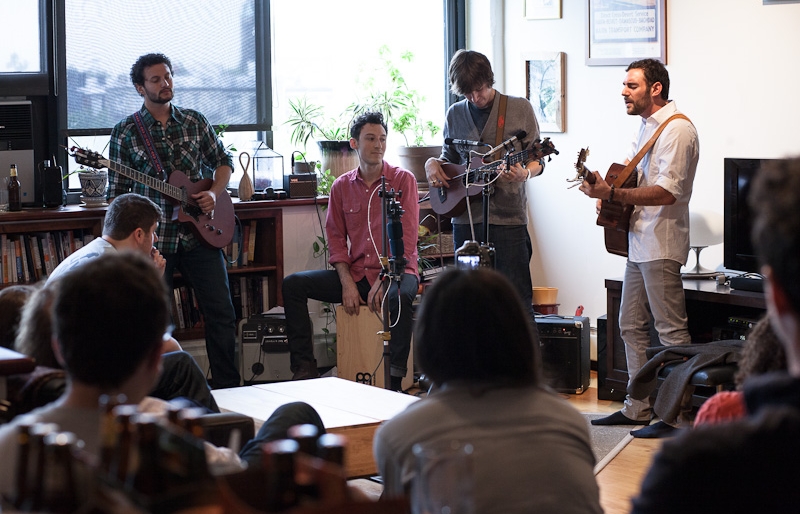 Philly rock outfit Modern Inventors traveled up 95 in October to participate in Brooklyn’s Backyard Brunch Sessions.  With a format similar to Philly’s own Bands in the Backyard, BBS host Dave Chaitt invites bands into his backyard for an afternoon of music and home-cooked food (though this particular session appears to have occurred inside).  Several Philadelphia area bands have been featured in past sessions, including XVSK, Family Band and The Spinning Leaves.

Modern Inventors, preparing for the release of their debut album Trains and Aeroplanes, played a mix of old and new songs at the final BBS session of the season.  Omnipresent New York concert archivists NYCTaper were on the scene with their professional recording equipment, which means you can now download Modern Inventors’ entire session for free here.  View the setlist below and stream the live version of the rock band’s new single “Hello”; they a have a few dates coming up including a show with Suzie Brown and Scot Sax at Steel City Coffeehouse on December 7th and a headlining gig at Johnny Brenda’s on December 28th.  Tickets and information can be found here.