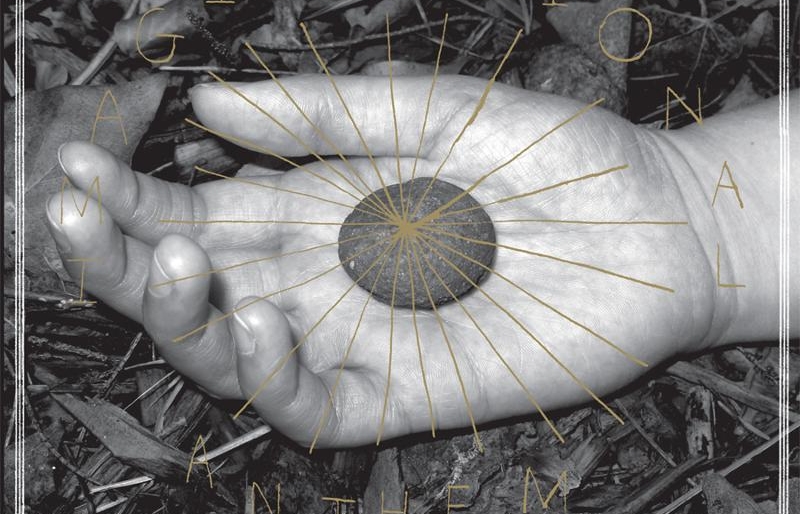 Curated by New Englander Sam Moss, the fifth installment in Tompkins Square’sImaginational Anthem anthology brings together twelve of the most talented contemporary musicians to celebrate the age-old tradition of acoustic guitar playing. Though volumes 1-4 of the series were compiled by Tompkins Square’s Josh Rosenthal, he brought in Moss for this edition to get a fresh perspective on the current generation.  Rosenthal explains, “I felt I’d exhausted most of the older guys I wanted to dig up, and I wasn’t hearing that much new guitar that I really liked. I sensed that Sam knew what was going on.”  The result is a record that has its foundation set in the American Primitive tradition of John Fahey and his ilk, but each contribution takes those roots down a dozen unique paths meandering from avant-garde meditations to raga-infused .

Following in the footsteps of the previous volumes, which included compositions by Jack Rose, Chris Forsyth and Jesse Sparhawk, Moss called on a few musicians with ties to Philadelphia to contribute their songs including Eric Carbonara, Steve Gunn and Daniel Bachman.

Imaginational Anthem vol. 5 will be released on Tuesday, November 13th, but it is available for streaming via Tompkins Square’s Soundcloud.  Vol. 5 will also be included in a 6-CD box set, out on Black Friday, packaged with the previous volumes and an exclusive live album from William Tyler.  View the tracklist and stream the full compilation below.