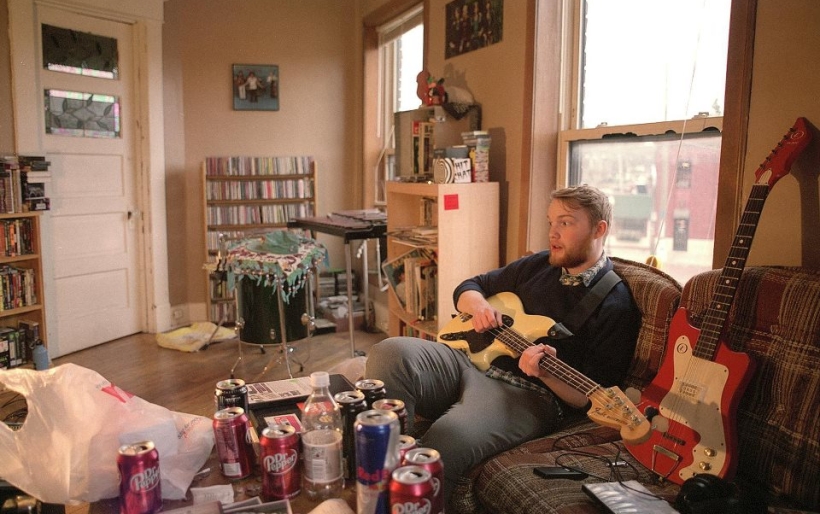 Earlier this month lo-fi / pop artist Radiator Hospital (offstage name: Sam Cook-Parrott) released his new EP, Some Distant Moon. This latest effort is his eighth release since January of 2010 and shows a newfound, straightforward pop approach. More of a exploration into the loneliness in love than his other works, Some Distant Moon tosses Cook-Parrott’s grainy and passionate voice over catchy indie riffs. The singer/songwriter, who recently took up residence in Philadelphia, played at Nacho House on Sunday, November 25th supporting Ted Leo. He also maintains a sizable collection of music videos and session footage recorded in his home. His love of The X-Files, Blade Runner and other sci-fi staples are evident in the imagery his songs evoke. His sparse screams echo through the vast reaches of space but his message never quite seems to arrive to those for whom it is intended. It is the tragic admittance of denial coupled with sweet, looming melodies which allows this EP to command the attention of anyone who has been lonely, removed and forgotten. Listen to this latest release from Radiator Hospital below, or download it at Bandcamp. The 7″ can be purchased from the Minneapolis indie label, Forward Records.