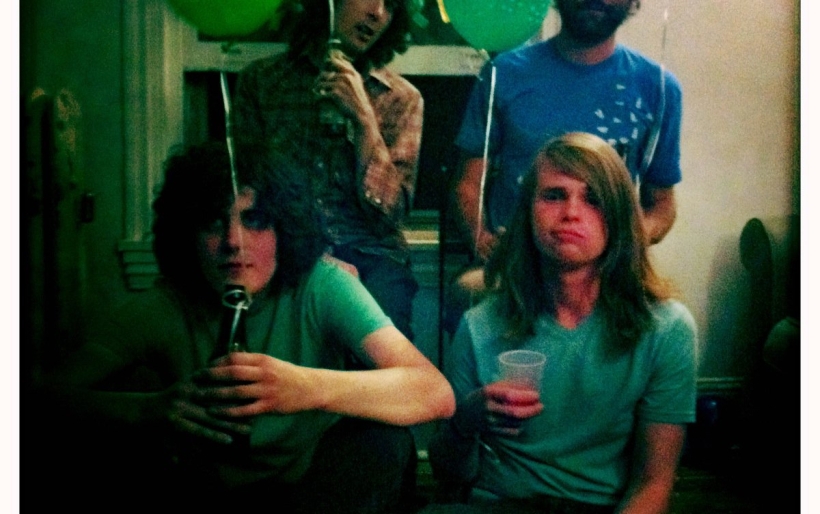 Jordan Del Rosario remembers when his band was starting off in the mid aughts, and its role models were just an arm’s-length away. The Cheers Elephant guitarist and his bandmates were in their early 20s, barely able to get in to venues like The Fire and Johnny Brenda’s, but nevertheless enthusiastically taking in shows by The Teeth and Dr. Dog.

“This was before we started playing shows professionally,” he recalls. “We were just like, ‘woah, these guys are where it’s at.’”

But while Cheers occasionally crossed paths in the studio world with The Teeth, Dr. Dog toured so heavily that they were never more than mentors by example. Del Rosario, on the other hand, went on to be something of a mentor-direct for the next wave of Philly-area bands, teaching at School of Rock in Downingtown and working directly with emerging local musicians, including exciting young four piece Keepers.

The band – Pat Cassidy on guitar and vocals, Korina Dabundo on bass and vocals, Brian Thomas on guitar, Alex Held on drums – released its debut LP New Waves over the summer, on CD and digitally on Bandcamp. It’s a bright and poppy collection of loosely psychedelic indie rock, with distinctive vocal harmonies that you can trace down the line – from their big brother band Cheers, to their big brother’s big brother.

“I was wearing a homemade Dr. Dog t-shirt at rehearsal,” Thomas remembers. “We all connected over that.”

Del Rosario has taught at Rock School in various capacities for seven years, and as a working musician on top of it, says that kids who try to start bands on their own without having been in that sort of environment are playing catch-up in a way. “They don’t really get the exposure that they really need [playing in front of crowds], you know?” He continues, “We kind of get all that stuff out of the way for them, just so they can just progress without all of the friction of figuring it out on your own.”

He met the group that would become Keepers in a Rock School showcase that he directed. Their assignment: perform a set of songs by classic southern bands. Lynyrd Skynard. Allman Brothers’ “One Way Out.”

“It was great,” says Dabundo.

Cassidy says mentors like Del Rosario make it a good place to learn music. “There were people like Jordan, or our friend Bryan Davis, who we didn’t feel weird taking our ideas to,” he says. “So while the program isn’t designed to help you in songwriting necessarily, there’s plenty of opportunities, and the teachers are all really willing to help.”

Keepers knew the sound they were collectively bonding over – new psych and Americana, poppy rock and roll, a la Islands, My Morning Jacket and the good Dr. – and it used the downtime between rehearsals to begin working on original material. 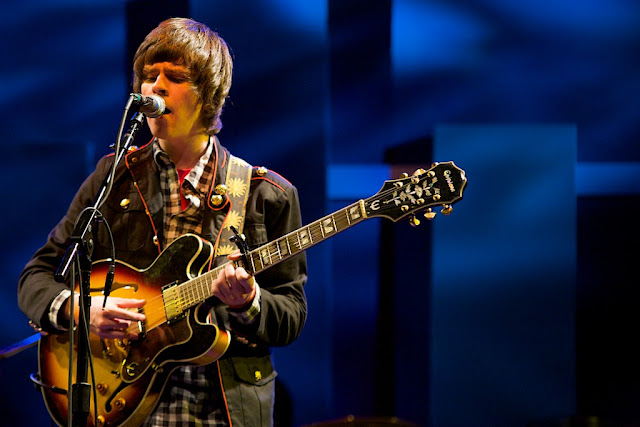 “There’s a communal aspect of it,” says Thomas. “All these kids are hanging out in the same space, but they’re not going to be rehearsing all the time. They’re going to be conversing about new bands and getting into what everybody else is listening to. It’s just a whole melting pot of ideas, and it just helped us with forming our sound.”

“I was proud that some of our students would get together and actually form a band,” Del Rosario says of seeing Keepers emerge. “It doesn’t happen as often as you think at Rock School. That’s what we’re grooming kids to get towards, really, but it’s rare that a group of all students from the school forms.”

Over the past year, Cheers and the band shared a studio space in Downingtown on the rock school campus, and the mentor band even got to contribute gang vocals to New Waves’ closing track “Your Whole World Is Just A Second Ago.” And both groups are looking ahead to an active winter – Cheers playing with The Mother Hips at The Blockley tonight, and Keepers playing an all-ages show at The Fire with Family Vacation.

“They’re from the Rock School as well,” says Held. “It’s all a big circle.”