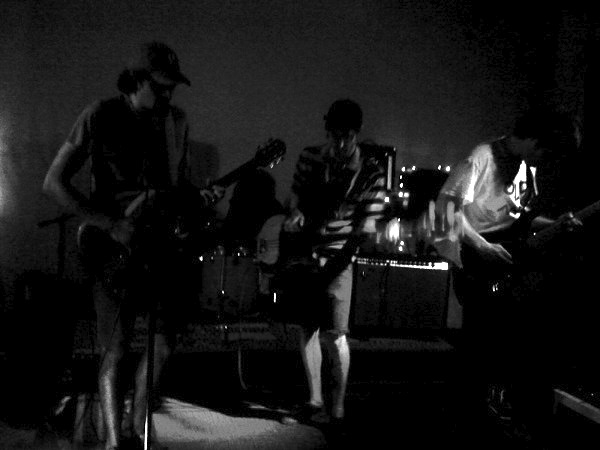 Bang your head to Spacin’ with Harmonica Dan in the video for “Sunshine, No Shoes”

Shouts to The Deli for alerting us to this fun new video from Spacin‘. If you’re not familiar, the fuzzy garage-rock thrashers dropped an excellent LP, Deep Thuds, on Richie Records earlier this year. [correction: Mike Polizze played in an early incarnation of Spacin’, but as Richie Charles of Richie Records put it, “he’s got his plate full with the Hiss!”] This knockabout anthem “Sunshine, No Shoes” comes from it, and in this video, we pretty much see “Harmonica” Dan Balcer of the Philadelphia Record Exchange hanging out in his store wearing a Mountain t-shirt, sipping a lager, banging his head and playing air guitar. Check it out below, and join him if you feel so inclined.