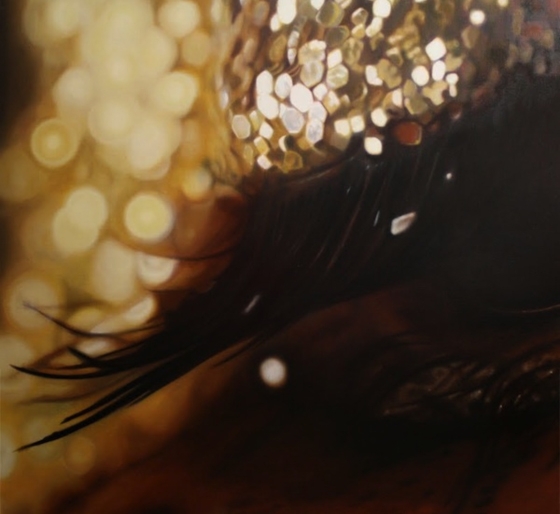 Unlocked: The Key’s review of Grace / Confusion by Memory Tapes

Talk about mood swings. Dayve Hawk’s one-man electronic pop project Memory Tapes, like his contemporaries in Sun Airway, is not shy about showing emotion in a genre that’s often cloudy, hazy and numb. But on his third long-player Grace / Confusion, out today on Carpark Records, Hawk is the most demonstrative we’ve seen, taking bold sweeps with both his instrumental phrasing and as his lyrical outlook to reveal moments of fragility and frustration, tranquility and torment.

Opening track “Neighborhood Watch,” which we spotlighted yesterday, begins with forest sounds and a serene build, Hawk singing about watching somebody (a family member? A friend? A lover?) while they sleep. As the music builds and becomes lusher, Hawk sings of frustration – “wear me down till there’s nothing left at all.” Suddenly, it’s a jackknife turn into a dark synthesizer overdrive that’s very reminiscent of The Knife – and somewhat reminiscent of Gerard McMahon’s theme to The Lost Boys as well.

This is a common theme across the album: start small, build big, and show a range of feeling along the way. “Thru the Field” takes the ever-effective route of flipping the mood by juxtaposing uptempo rhythms and sounds with nervy words. The keyboard pattern sounds bright and cascading, its tones very vintage. These could be synths made in the late 70s, used on Bowie and Eno records, mixed with a hard-hitting four-on-the-floor beat and schoolyard cheers. It’s lively, but Hawk is lyrically self-conscious and insecure, singing “I swear I heard somebody laughing at all of my mistakes” directly before he launches into a flawless guitar solo. It’s almost as if he wanted to prove his naysayers wrong – and he positively shreds in the process, something we don’t often get to hear from him.

The eight-minute New Order disco of “Safety” lurks in a quiet opening, then snaps to attention, traveling a very upbeat and buoyant road before flipping the mood for a minor key coda. The more direct “Let Me Be” is a focused four minutes and change, with a moving dulcimer-sounding synthesizer patch breaking through at the halfway mark, totally evoking “Ringfinger” from Nine Inch Nails’ Pretty Hate Machine.

This is the crux of Grace / Confusion, and something that is a strong forward-progression from Hawk’s previous releases. 2009’s Seek Magic was a great opening statement that heralded his venture into expressionistic electronic rock (he previously fronted the Philly indie-dance band Hail Social, which was a different ballpark altogether), but its songs were so dense and expansive that at times it felt there was nothing to latch on to. Last year’s Player Piano provided those hooks, but its heavy reliance on theme and variation felt almost like repetition.

This album doesn’t just split the difference between those worlds, it pushes things forward, showing Memory Tapes as a moving, feeling, ever shifting force that can be direct, epic, but most importantly, it can be human.

Grace / Confusion is the featured album in this edition of Unlocked; hear the spotlighted single “Neighborhood Watch” in yesterday’s post, and check back later in the week for interviews, video and more.