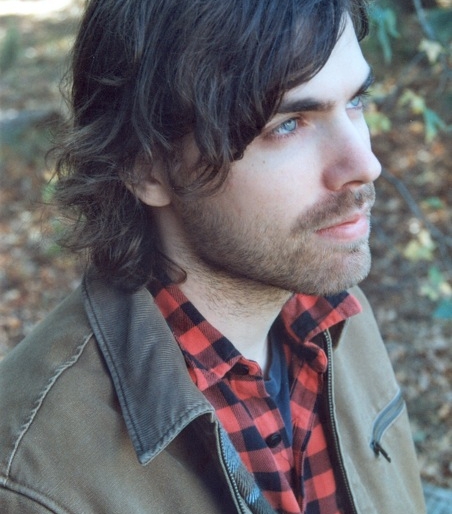 When Dayve Hawk released his remix of a track from buzzing noisepop band DIIV this summer, he made a joke about his work environment. “After 2nd baby I had to move studio out to wood-shed in backyard,” he wrote on Twitter. “More of a shed room producer than bedroom producer.”

I got a massive kick out of this – firstly for the rare glimpse at Hawk’s comical side. And secondly for the image of this different sort of musical woodshedding: Hawk holed up out back, working on Memory Tapes’ great new full-length Grace / Confusion, which we’ve been featuring all week on Unlocked, The Key’s regular showcase of new and significant releases from Philadelphia artists. Last week when I caught up with Hawk on the phone, he was warm, friendly, funny and forthcoming as we chatted about where he makes music, why he makes music and what he does to keep his creative process carefree.

The Key: I got a kick out of your tweet a few months back about being a “shed room producer.” It got me thinking about the environment you create in. Please describe it to me, and tell me about why you like working there.

Dayve Hawk: At this point, I’ve done it in a lot of different places. The Memory Tapes thing coincided with me moving a lot and right now, for the last year or so, we’ve had a house not far from where I grew up in the pine barrens of South Jersey. And when we bought the house, there was a shed in the backyard. The guy who built it had wired it up with a crazy amount of electricity; he was a wood worker guy, and did a lot of crazy work in the house in. And prior to that, I’d been recording in a laundry room, all kind of weird zones. So this is not a very interesting room, there’s no fancy décor or anything like that. It’s really just a room with no windows, no heat, but lots of plugs. I guess what I like about it is I’m alone, which for me has been difficult. I have two kids, and a like I used to tell people about making my first record Seek Magic, I recorded that at night, while my daughter slept five feet away So this is big time for me. (laughs)

TK: You describe Memory Tapes in general, and this new album specifically, as “pop music field recordings.” What do you mean by that? Is it the looseness of the music? The sonic space?

DH: For me, the main point behind what I do, behind the work, it’s more about stylistic choices and the actual type of music being representative of the time and place in my life, rather than the songs themselves being topical. You know, like “here’s a song about how sad I am because there’s no letters in my mailbox” or whatever. In the same way you can look at recordings having an anthropological worth, this is the sound of that time and place. Because everything I do is at home, there’s a thread that parallels the events of my life in the recording I’ve made.

TK: Which you’re very productive with. Recording, remixing, putting together visual representations of your work. But performances are a bit more few and far between. Which is good in that it becomes more of an event when you do play, but at the same time, do you think playing live is not as important as it once was?

DH: I think playing live is playing important; I just don’t do it very much. Playing live is a complicated thing for me, because a it’s a pretty monumental technical hurdle. There’s no band, and I’m not entirely comfortable…I know some people will go onstage and cue tracks. I have no problem with that; I’m just not personally comfortable doing it. I have gotten people playing with me, which is complicated, because I’m taking people away from their lives. It’s not like I live in Brooklyn and know hundreds of kids. So part of it is translating it, part is I have a hard time playing live. I come from a background of having this kind of serous social anxiety problem. I mean, when I played first show, my sister almost cried because, wow, I got out of house. I do want to do it more, but it’s always a challenge to figure out. Ultimately, if I put together a show that I’m interested in performing, the audience might not be interested in hearing it. (laughs) It wouldn’t be about me playing songs they know, it might be more like playing with sound and the space. I’m always interested in different things you can do live, and I always try to reconcile those two things.

TK: Your last record Player Piano had a lot going on with theme and variations. Its there to a lesser extent on this record too. Did you study composition at some point in your past, or does that come from simply listening?

DH: It definitely comes from listening. I have no technical knowledge of music whatsoever. I don’t know how to read, don’t know how to write, I have no classical training. I mean, I’ve been playing music since I was a little kid, it’s not like I got Abelton two years ago. I’ve been scrapping, trying to learn how to do music forever, and always been a really obsessive listener. It’s probably 24 / 7, getting exposure to different things, listening to music, talking about music, thinking about music.

TK: You made a great Halloween mix this year – your second one. What do you like about those mixes?

DH: I think sometimes I miss in the very beginning, before I made the first Memory Tapes full length Seek Magic, I was doing stuff under different names – Weird Tapes, Memory Cassette, weird names like that. It was way more care free, just putting music out there, just for fun. I miss doing that, because any time I post a track it gets judged. You miss that feeling of, you know, can’t I just fuck around ever? So Halloween music, it automatically falls in a novelty category. So it’s liberating. And I love bands like Goblin, and horror movie scores by John Carpenter, so it gives me a chance to play around in that world as well.

TK: You do a lot of remixing. How do you think it relates to your work as a songwriter?

DH: Sometimes I think its to my detriment – I do so many of them! At points I have to start turning down requests. The year after Seek Magic, I did so many – and I still do a lot. But it’s a way to keep working on music, to try different things. I don’t put a ton of effort into it – and I don’t mean that in a flippant way, but don’t obsess and kill myself over it like I do with my own records. It’s nice to have a outlet that’s carefree and careless, and I try to keep an open mind about it. It’s just another way to work on music, which is ultimately what I’m doing this for.

Grace / Confusion is the featured album in this edition of Unlocked; hear the spotlighted song “Neighborhood Watch” in Monday’s post, read Tuesday’s album review; watch a round-up of music videos from Hawk’s archive yesterday’s post and check back tomorrow for a selection of Hawk’s favorite remixes.