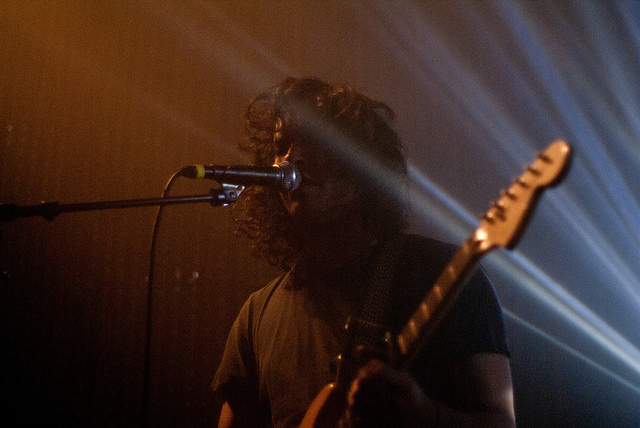 Philly fuzz-rockers Purling Hiss have announced that their fourth record Water on Mars will be released on March 19th through Drag City.  We heard a new release from the Mike Polizze-led trio a few months ago with the Fan Death Records-released cassette A Little Off Center, but Water on Mars marks their first foray into the studio world – they worked with Jeff Ziegler (Uniform Recording) and Adam Granduciel (The War on Drugs) for this effort.  From the label’s announcement:

Purling Hiss have a deeply satisfying way of drawing from the red, white and blue wells of 60s, 70s, 80s and 90s rock to inform their own sound, giving things a retro ring while doing what they do in the Philadelphia of today  – and no other time could apply, really. Water On Mars is heavy stuff from Purling Hiss, unknotting the strings that tangled all their previous records together so righteously to reveal – another, greater storm within.

Purling Hiss will open for The War on Drugs’ New Year’s Eve show at Johnny Brenda’s with Avery Rosewater.  Tickets and information for the 21+ show can be found here.  Below, watch Purling Hiss’ Shaking Through Session when they recorded the song “Lolita” and check out the track-list for Water on Mars.

Shaking Through: Purling Hiss from Weathervane Music on Vimeo.