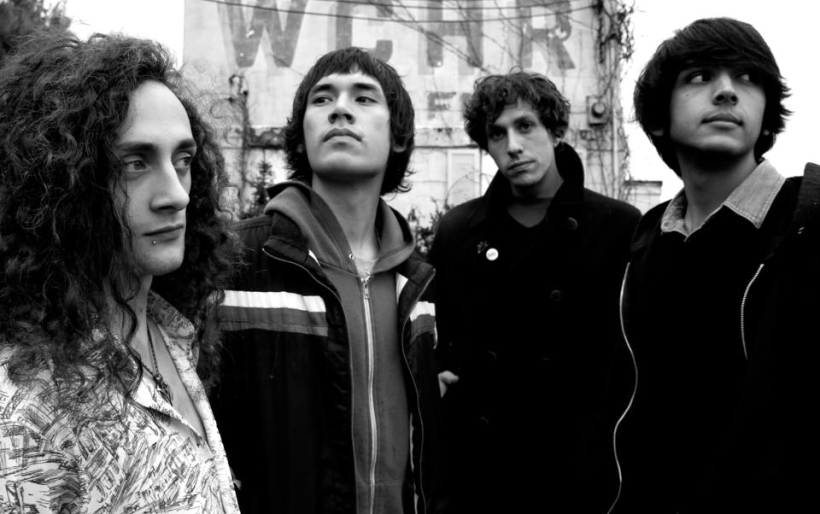 Ahead of releasing their debut album Imperial Green at the end of November, local rock foursome Satellite Hearts filmed a video for “New York City” in the Big Apple. Between the percussive clashing and lead singer Justin Pellecchia’s sixties psych-rock vocals, Satellite Hearts are what I imagine a Lou Reed-fronted Steppenwolf would sound like. The video shows the band traveling through the tough city streets, with found-footage of riots as Pellacchia sings about rough living and chaos. Satellite Hearts will play The Fire on December 19th with Spirit Animal and Relatives. Tickets and information for the 21+ show can be found here. Below, watch the video for “New York City” and stream / purchase Imperial Green here.