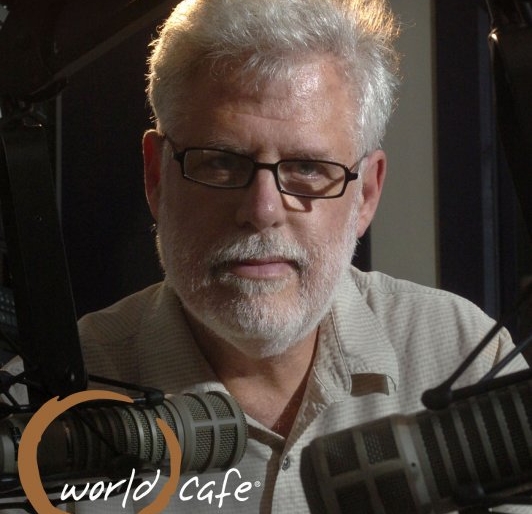 For The Key’s year-in-review, we asked our trusted sources – our writers and photographers, XPN’s on-air staff, fellow bloggers in the Philly scene and even a few musicians – to send us their Top Five Whatevers. Could be the traditional music route – albums, songs, concerts of the year – or it could be only loosely connected. We’ll be sharing these recaps every day through to the end of the year. Today, World Cafe host David Dye tells us about his five most surprising interviews of the year.

This does not mean the “best” necessarily. Tune in starting Dec 26 for the eight best World Cafe interview segments (two per day).  These are five interviews that exceeded my expectations.  People who ended up being a lot of fun to talk with or were much more forthcoming than I expected.

1. Nils Lofgren – What a storyteller.  From early days showing up at The Childe Harold in DC to meet Neil Young to how he was asked to become part of The E Street Band, Nils had fascinating stories to tell. Listen to the interview here (via the WXPN media player).

2. Bassnectar – Not knowing a whole lot about the Dubstep and EDM world it was fascinating to have a guide like Lorin Ashton who performs as Bassnectar. He took us through building a track up to the all important “Drop” when sonic joy ensues. Very open and intelligent guy. Listen to the interview here.

3. Lana Del Ray – After seeing her unsettling performance on Saturday Night Live I thought maybe she was all about the hype.  Not so. She was surprisingly  down to earth and had a real sense of her strengths and who she was.  Really good stripped down performances and she even gave us one for our Live at The World Cafe CD. Listen to the interview here.

4. The Tallest Man On Earth – The Swedish alternative singer-songwriter Kristian Mattson is one of my favorite new artists. I had also heard that he disliked interviews. So I really prepared and he told people afterward how much he loved our conversation.  A lot of that made it into the edit we aired. Listen to the interview here.

5. Dwight Yoakam – I had no idea how smart the country star/actor is.  He took off on my questions and talked for over an hour, about half of which made it onto the show. Once again he was eager to talk about his early life and influences. Listen to the interview here.