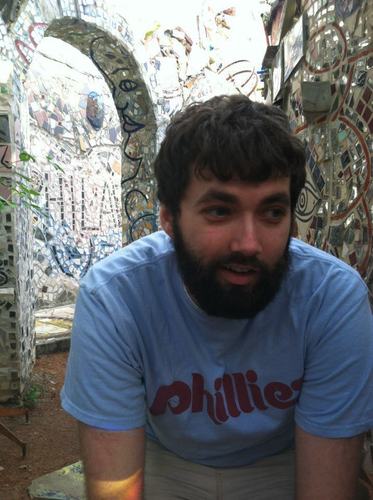 For The Key’s year-in-review, we asked our trusted sources – our writers and photographers, XPN’s on-air staff, fellow bloggers in the Philly scene and even a few musicians – to send us their Top Five Whatevers. Could be the traditional music route – albums, songs, concerts of the year – or it could be only loosely connected. We’ll be sharing these recaps every day through to the end of the year. Today, contributing writer Dan Brightcliffe recaps his top five Philadelphia releases.

Vocalist/guitarist Dan Bruskewicz takes listeners through a bluesy journey filled with tales of late nights at bars, cocaine and the after effects of both on the group’s impressive second self-released full length. Listen here:

On their 7th LP, Philadelphia’s most beloved rock n’ roll band shows no signs of slowing down any time soon. The tried and true song-writing partnership of Scott McMicken and Toby Leaman got a breathe of fresh air on Be The Void with the addition of percussion powerhouse, Earl Slick, and pedal fanatic Dmitri Manos.

Psychedelic blues rockers, Birds of Maya, have grown to spawn local guitar hero, Mike Polizze’s Stooges-influence Purling Hiss and the Grateful Dead meets punk rock sounds of Spacin’ lead by Jason Killinger. Spacin’s debut LP, Deep Thuds is a lo-fi record that combines garage rock sounds with extended spacey grooves. Listen to “Empty Mind” here to get a preview of what this band’s sound is all about.

Producer/emcee Lushlife, a.k.a Raj Haldar, released one of the most exciting hip hop releases I’ve ever listened to this year with Plateau Vision. Haldar manages to combine elements from Phil Spector-esque pop, experimental indie groups and classic hip hop to create a truly unique album that is as much Illmatic and it is Pet Sounds. Listen here: