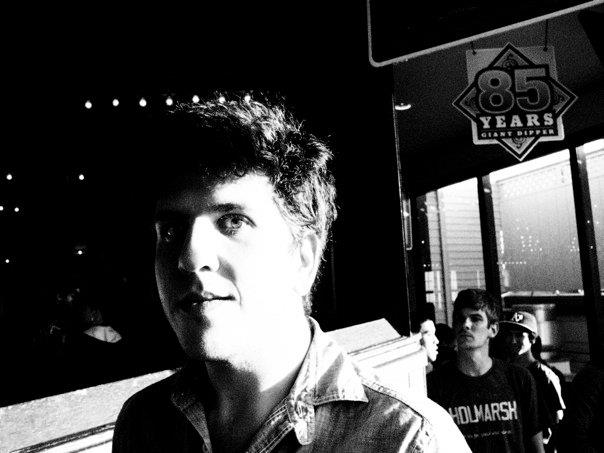 For The Key’s year-in-review, we asked our trusted sources – our writers and photographers, XPN’s on-air staff, fellow bloggers in the Philly scene and even a few musicians – to send us their Top Five Whatevers. Could be the traditional music route – albums, songs, concerts of the year – or it could be only loosely connected. We’ll be sharing these recaps every day through to the end of the year. Today, drummer Eric Slick of Dr. Dog, Norwegian Arms, Ape School and more shares his five favorite things about Philly in 2012.

1. Han Dynasty on 2nd and Chestnut

I’m a firm believer that Philadelphia is slowly making a name for itself as a culinary destination with the success of the Garces, Starr, and Rittenhouse newcomer Vernick. However, none of those hoity-toity places can hold a candle to the provincial Szechuan ass-burning entrees of Han Dynasty. I eat at Han Dynasty about every 2 weeks. I crave the addicive mala sauce (a combination of sichuan peppercorns, housemade chili oil, and some sort of drug they’re not telling us about) on a daily basis. It may be the most flavorful food I’ve ever put inside of my mouth. One day I plan on sneaking into their basement to become a reclusive writer with a penchant for spice level 10 Dan Dan Noodles. 5 stars, Han.

2. Long in the Tooth on Sansom

Remember when people listened to records on the old Edison crank-machine? I’m a grandpa at heart and I like my vinyl records just fine, thank you very much. Uncle Neil Young says it still sounds the best and I can’t argue with him. Thank heavens for Long in the Tooth, a record store situated on Sansom Street across from the Adrienne Theatre and next to Helium Comedy Club. Owner Nick Devlin is one of the most knowledgeable dudes in the biz and I always spend a ludicrous amount of time and money in his store. We often talk about the Melvins, bad eating habits, and why things suck. We also share a deep affinity for PJ Harvey. I walked in there the other day and picked up Philip Glass’ “Einstein On The Beach” vinyl box set (with libretto! original pressing!) for $30. I’m a customer for life.

City Hall Tower is vastly underrated. Who doesn’t love going into a rickety elevator that then leads you into a cramped crawlspace with small windows that allows you to witness a 360 degree of our beautiful city? You only get to spend a total of 7 minutes up there, but damn, it’s an awesome 7 minutes. Bring your partner and a camera. Be a tourist in your own hometown!

Johnny Brenda’s is the best venue in Philadelphia. Hands down. I’ve seen tUnE-yArDs, Buke and Gass, Hermit Thrushes, Make a Rising, Pattern is Movement, Ariel Pink, R. Stevie Moore, The Clean, and Bill Callahan there. Best staff, best bar food, and best sound. If I ever left Philadelphia, there’d be a huge void in my soul because I’d miss that place so much.

Perhaps this is a bit shameless and corny but I’m really proud of all of my friends for their achievements in 2012. Perhaps the Mayan apocalypse made everybody work a little harder…so 2012 was a productive year. Shout-outs to my sis Julie, Dr. Dog, Ape School, Hop Along, Capillary Action, Laser Background, DRGN KING, and many more for inspiring us all to work harder and be better humans. 2013 is totally going to rule because of you guys.