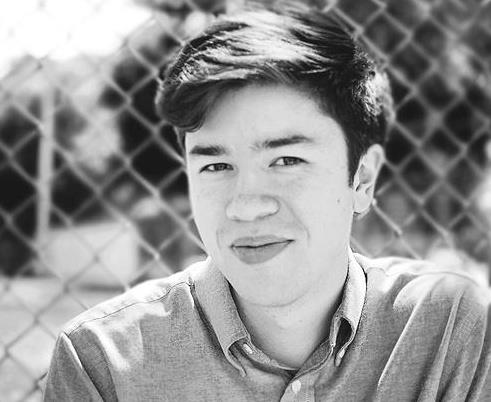 For The Key’s year-in-review, we asked our trusted sources – our writers and photographers, XPN’s on-air staff, fellow bloggers in the Philly scene and even a few musicians – to send us their Top Five Whatevers. Could be the traditional music route – albums, songs, concerts of the year – or it could be only loosely connected. We’ll be sharing these recaps every day through to the end of the year. Today, photographer Chris Zak shares the five songs from 2012 that were his.

There is always music that is yours. Perhaps the musicians who wrote and played those songs that are yours would beg to differ, but don’t overthink it. I’m not talking about a song that says all the loving or bitter-as-hell things you’ve never been able to express. Let me break down my opinion of what is yours:

1. You want the record on vinyl so you can hug the music, and literally make it near (and dear to) your heart.

2. You’d probably consider it the greatest thing you could be doing with your life to see them live. And everyone not going to this concert is a doofus.

3. You think that the musicians making these songs probably don’t watch TV. It’s just too low-brow for them. If anything, they definitely don’t watch comedies. Maybe Louie.

4. Their music has appeared in your dreams. And any song that appears on your dreams is a queue from an unconscious part of your brain saying “Hey! Wake up and remember how good this song is before you forget it!”

5. Hearing one song unlocks a string of music history connections that you feel compelled to share with the world.

Saint Etienne understands the obsessive fandom where music and life become one. On the first track of Words and Music by Saint Etienne, she namechecks Peter Gabriel, Dexy’s Midnight Runners, New Order, Postcard Records, and Marc Bolan of T. Rex as some of the most important music in her life. Even if her music preferences aren’t the same as mine, listening to “Over the Border” is like reading Rob Sheffield or Nick Hornby connect everything about life to music. Perhaps this isn’t the best song on the album (“Tonight” and “I’ve Got Your Music” are standouts), but it has the feeling of everything I believe in.

The Clientele happen to be the favorite band of my college years, and the only time I saw them play, I didn’t really know their music. I was just waiting for Camera Obscura to get on stage. By the time I was ready to drop everything in my life to hear some Clientele songs live, they stopped being a band. Harsh realities can be cruel, until they open new doors.

Alasdair Maclean of The Clientele and Lupe Nunez-Fernandez of Pipas released a record in 2011 under the name Amor de Dias. That spring, they played at The Church in Philly, and I ended up learning that Lupe went to school in Bryn Mawr, was a barista around Rittenhouse Square, met Pipas-mate Mark Powell when he worked at Repo Records in Bryn Mawr…so many connections to our fair city! More reasons to love this new band!

“Jean’s Waving” is the first track to appear from their newest record, The House at Sea (out Jan. 29 on Merge) . As a part of an album that was written in nine days, the track reveals simplicity and bravado that trademark the duo’s careers. They play to their strengths here, which is an exciting tease at something familiar and new.

A lot of musicians are also visual artists. They can see song structure like a painting, or as an architect drafts the blueprints of a building. Tamaryn, a visual artist in her own right, is very aware of how she presents herself and her art. They’re the same thing. She doesn’t have any formal schooling, but grew up with very aesthetic parents who always made sure she was around art. She’s the kind of person I imagine not watching TV. Maybe Louie. I say Louie, because in that show, people are intolerable, let you down, and even when things are going good, there’s no happy ending. That’s how life works. But the show goes on because there’s this unrelenting belief in the goodness and beauty of love that has to be exposed. Neither Louie nor Tamaryn sugarcoat the pain of reality, and no one should confuse their end-product with a different creator. Tamaryn once tweeted: “I only want to make music with a feverish yearning. I will never make an album because I am supposed to or to gain something. Only in Love.”

The other day, I had this catchy tune stuck in my head that was so repetitive that it could have been a Christmas carol. It was some kind of classic. The chorus went “na na nanana na na na na…” and not knowing any of the words was driving me up the walls. What was this classic song? This jingle with no name? It was “Viva la Vida” by Coldplay. Sometimes figuring out those misplaced tunes leads you to realize what your ears have been craving all along. The fix. I remember waking up one day and realizing that the singing in my dreams, from some powerful apex of a song, was lodged somewhere in the new Eternal Summers album. The only thing I could remember was the tune and “I want to tell you…” So, I started skipping through the tracks on Correct Behavior, until I found “Good as You.” And the words from my dreams were all there: “I want to tell you what you’re feeling / you could see what I’m concealing / Want to have you / want to be true / something good as / something good as you”. Is my brain really that smart? Because this was a reflection of the emotional state of my life.

Ok, this didn’t come out this year. I was listening to the Balance 22 compilation (which did come out this year), mixed by Funk D’void, where this appears deep in the mix. It was instantly familiar, because it was the track that RJD2 samples in “The Proxy”. This particular version of the song (Kraftwerk also did an interesting cover) comes from jazz guitarist Pat Matheny’s live performance of the song. The massive overdubs and repetition that gradually changed in hues were mesmerizing, and contained some of the same ideas heard in a lot of modern music. Everything from movie scores, to electronic trance, to Dustin Wong’s incredible Dreams Say, View, Create, Shadow Leads (which I strongly considered writing about here) probably owe a nod to the work Reich did in the ‘60s and ‘70s.

Enjoy a much more thorough playlist of my favorites in 2012 here.