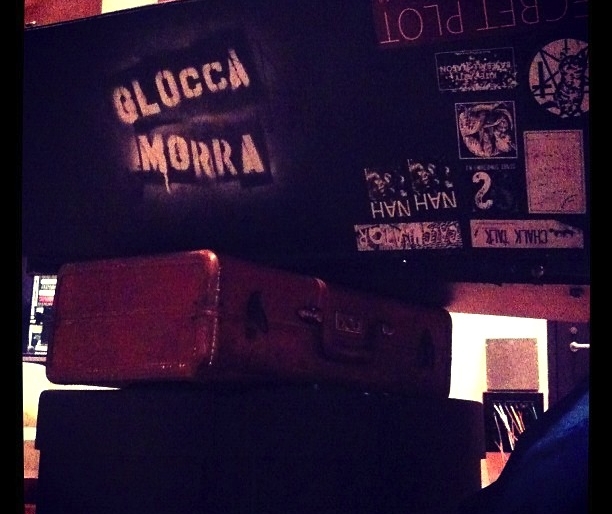 Okay, let’s get right to it and start of 2013’s Key Studio Sessions with a bang. Glocca Morra is a feisty and fun punk rock group from Philadelphia. Last year the band toured a lot, released the broad-reaching Just Married LP and the scuzzy follow-up An Obscure Moon Lighting an Obscure World, and expanded its lineup to include Nate Dionne, late of Lehigh Velley underground faves Snowing. Like that band, Glocca Morra has an unbridled, cathartic, barely-holding-it-together sound that hearkens back to influential emocore band Cap’n Jazz. But it doesn’t fall apart, it plows forward – jagged guitars, gut-wrenching screams and all. On January 19, the band plays The Barbary, opening for Everyone Everywhere’s album release show. Get a taste of their feverish live sound with the five session tracks they recorded in our studio.