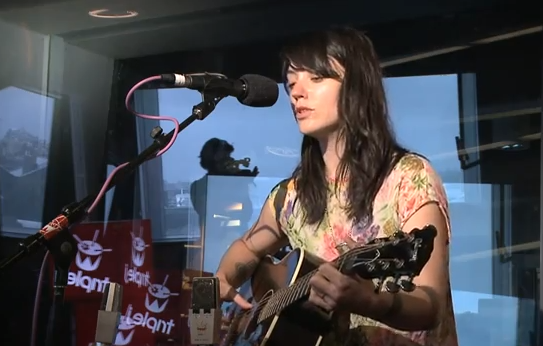 When she was in Australia back in the fall, Sharon Van Etten visited Triple-J Radio to record a cover of Nick Cave and The Bad Seeds‘ pensive ballad “People Ain’t No Good” for their Like a Version series. The song comes from the 1997 album The Boatman’s Call, and in her chat with the DJs, SVE reveals that her current tour opening Cave tour came as a literal surprise. “My booking agent did it without asking,” the obviously humbled and somewhat nervous siger said. It’s an incredible pairing – one we’re ecstatic to see when it comes to The Keswick Theater on March 19th. For tickets and information, visit WXPN’s concert calendar here. Below, watch SVE’s cover of “People Ain’t No Good.”