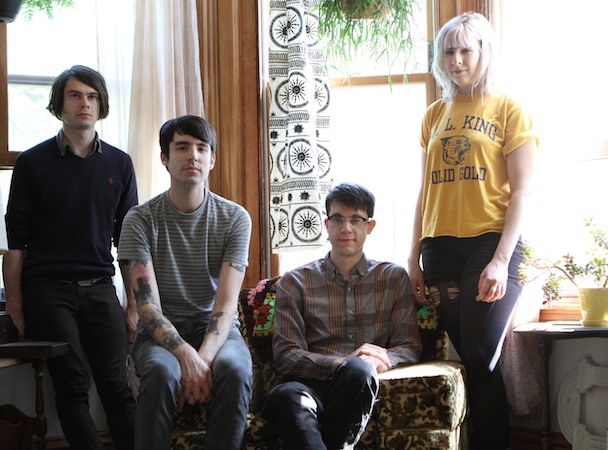 To be fair, P4K is a big enough machine that it’s naive to expect a universal, definitive opinion from it. The dude assigned to write about the album may not have cared for it, but they can certainly highlight it in other ways. That said, this seems confoundingly polarized. But polarization is what Pitchfork does well. It gets readers and music fans worked up, gets them talking, gets them going to their site. And we’re going to join in the fray and direct you there right now, since I find it almost impossible to believe that Hayden listened to the same album I did when he sat down to review Yeah Right. So make up your own mind, and listen to it here.

(To his credit, Hayden and Bleeding Rainbow Twitter-keeper Sarah Everton had an animated dialogue about the review this morning – and even though I don’t agree with his slant on the album, I appreciate him openly working it out it with her.)

For the non-fazed, Bleeding Rainbow plays Johnny Brendas on Feb. 14 with Ghost Light and Pet Milk. Tickets and information can be found here.