Listen to "Peace and Quiet," a new single from Philly transplant Waxahatchee - WXPN 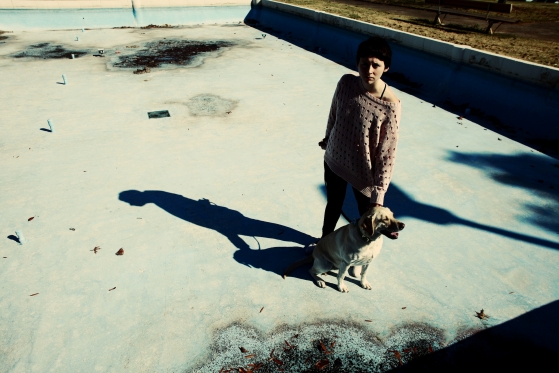 Listen to “Peace and Quiet,” a new single from Philly transplant Waxahatchee

Some great stuff tripped down the wire this afternooon from Katie Crutchfield, aka Waxahatchee, a recent Philly transplant and haunting voice in new rock. If you’re just hearing about the project for the first time, let’s fill you in: Crutchfield started Waxahatchee as a sparse and introspective solo project in Alabama a couple years ago, following the break-up of her old pop-punk band P.S. Eliot. Her debut LP American Weekend had a home-recorded, early Mountain Goats vibe to it, and earned plaudits from NPR and others.

Now she’s readying new joint that’s going to be called Cerulean Salt, coming out on Don Giovanni Records on March 5th, and it was recorded in the basement of the West Philly house she shares with her sister Alison (of Swearin‘, who you might have seen open for The Hold Steady at Union Transfer a few weeks back). Based on the new “Peace and Quiet,” which premiered today in a nice Pitchfork writeup, Crutchfield is bringing a fuller band sound to this new record, giving them tones of PJ Harvey, Cat Power and maybe a touch of Built to Spill. A tense, thought-provoking lyrical perspective, too. It reads almost like an anti-revenge song – “If I muster the strength to inflict you I won’t feel any better at all.”

Listen to the song below, and watch for more to come later this spring; Waxahatchee is one of a handful of Philly bands heading down to South By Southwest in March for an official showcase.