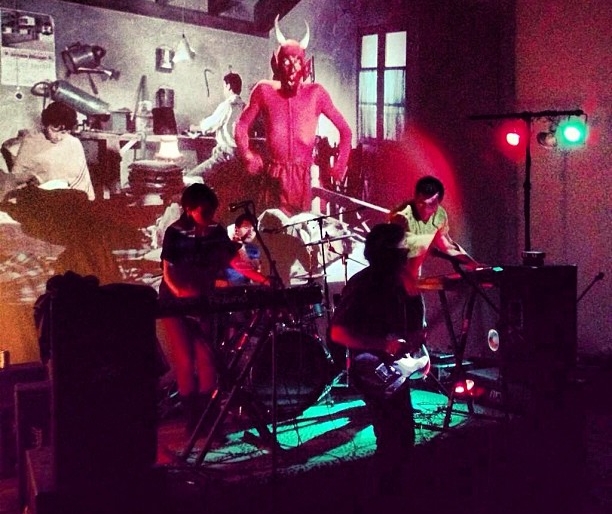 Up to this point, we’ve known and loved The National Rifle as the mischievous, loveable scamps of the Philadelphia rock scene. They’re goofy, irreverent, and a bit ribald. But they write hooky songs, release solid EPs and reliably slay in concert – Exhibit A: this video of “Bad News from the District”, performed live at Kung Fu Necktie in August of 2010. But on Almost Endless, the debut LP the band recorded last year and released last week, there’s a real sense of growth and maturity. Might be the glossy, New Wave-inspired sound that carries across the album. Could be the older-wiser thing, given that TNR has been at it for about seven years now. Or maybe they were just ready to make music on a bigger scale.

We’re exploring the album all week on Unlocked, The Key’s regular showcase of new and significant releases from Philadelphia-area artists. Tomorrow I’ll review the album; later in the week we’ll premier a new video, and chat with the band. Today, we’ve got a download of a personal favorite track on the album – “Street Burn.” They played this song in our studio two years ago, when they recorded their Key Studio Session – back then it didn’t have a name, but it had a distinctively synth-heavy sound, bridging the band’s worlds; riled-up rockers and synth-pop adventurers. Thanks to the band, we’re making it available as a free download this week, so grab it below. And check back all week for more from Almost Endless on Unlocked.