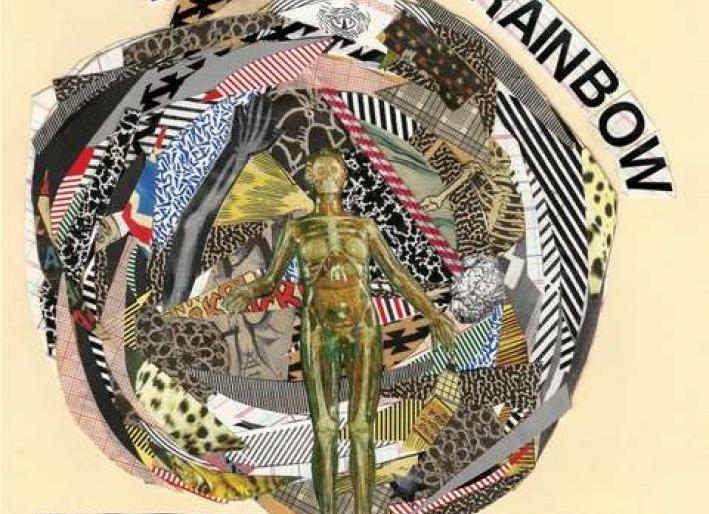 Unlocked: The Key’s review of Yeah Right by Bleeding Rainbow

You can’t accuse Bleeding Rainbow of doing anything half-way. The Philly foursome has long been focused on taking the steps necessary to achieve their goals—whether it be adding two more band members to flesh out their sound, or maintaining a constant, crazy tour schedule to attract buzz and a label. On record, this translates to untrenchable sonic consistency: from the lo-fi hiss of early recordings (more a product of limited means at the time) to the thick, reverb-drenched ‘60s vibes of 2010’s Prism Eyes. On Yeah Right, the band opts to embrace a ‘90s dream-pop/shoegaze aesthetic, with vocalist/bassist Sarah Everton’s vocals ringing clear atop hazy guitars, and Greg Frantz’s rapid drumming propelling things forward. It’s a ratio the band worked hard to get just right, even remixing the record again once it was finished, and for the most part, it works.  Bleeding Rainbow as a four-piece means the band can be fuller and more nuanced, and the added criss-crossing riffs and layers of feedback reflect an evolution towards something more confident and developed.

The dark, dreamy vibes are well-suited for the subject matter as well—Yeah Right teems with images of stars, and space, and drifting along, and songs like “Drift Away” come to life with wiggly guitar and hazy, far-away vocals that feel like they’re wafting towards you in the vacuum of outer space. Opener “Go Ahead” grows from straight-forward rocker to dense, fuzzed-out rager, vocals emerging from the fog to conclude—like a ray of consciousness invading sleep— “it’s all a dream that won’t go away.” And “Cover the Sky” (previously released as a 7” two years back) is thicker and fuller this time around, as if muddled by the very clouds it describes.

“Waking Dream” (featured as a song stream yesterday) is a record high point, with radiant harmonies that bloom and expand, and a breathless chorus that drips with yearning. Its bleary psychedelics hearken back to Prism Eyes, while the skulking bass line and dynamic range showcase a newly formed powerhouse, not afraid to rage. In general, Yeah Right sounds best when it matches its dream pop aesthetic with real momentum and passion—like on early single “Pink Ruff,” which combines Everton’s wailing with a wall of guitars. Closer “Get Lost” punctuates rock guitar with shrill vocals, and “Inside My Head” likewise pairs snarky lyrics with a metronomic beat. These moments of epic build-up and release arise organically, and—the band tells me—are partially inspired by the struggle of city living, and because “nothing in Philly is ever handed to you.” (For more on their thoughts on Philly, stay tuned for our in-depth interview on Thursday.)

The non-ragers, conversely, simmer with intensity—the dark, droning “Shades of Eternal Night”; the muddled, drafty “You’re Not Alone.” While still solid nodders, these tunes, to me, feel less unique, more standard shoegaze fare (though let us not forget the Yeah Right “influences” pie chart was 75% My Bloody Valentine). Still, their quiet intensity makes cathartic moments that much more transcendent, and adds a welcome layer of grunge to a band previously (mis)labelled as “cutesy.” Overall, Yeah Right is an impressive next step from a band that refuses to limit itself—and will undoubtedly continue to grow and evolve in the future.

Yeah Right is the featured album in this edition of Unlocked; hear the spotlighted single “Waking Dream” in yesterday’s post, and check back later in the week for interviews, video and more.