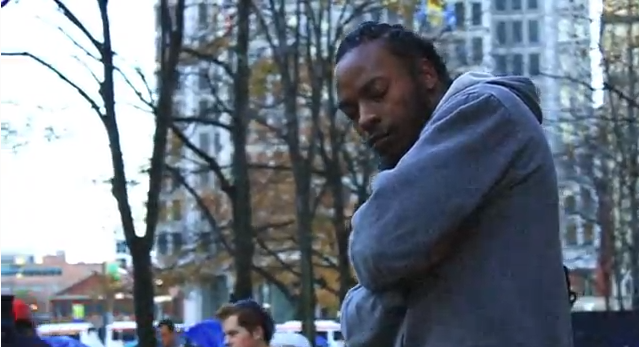 Unlocked: Watch Curly Castro perform at the Occupy Philly rally in the “They Call Me Castro” video

Philly rapper Curly Castro is the subject of this week’s Unlocked, what with his new release Fidel burning up headphones and stages this week in Philly (last night at Kung Fu Necktie) and Brooklyn (tomorrow night at The Legion). The album, as we discussed in yesterday’s review, is very socially conscious and somewhat provocative, but not without purpose. Castro’s goal is to get people to open their ears and their minds, which means that time he played the Occupy Philly rally must have been the perfect audience for him. Scenes from his performance last October are intercut with dramatic performance shots in this music video for “They Call Me Castro,” the opening track on Fidel. Check it out below.

Fidel is the featured album in this edition of Unlocked; hear the spotlighted single “Coal” in Monday’s post, read yesterday’s album review and check back later in the week for interviews, a playlist and more.