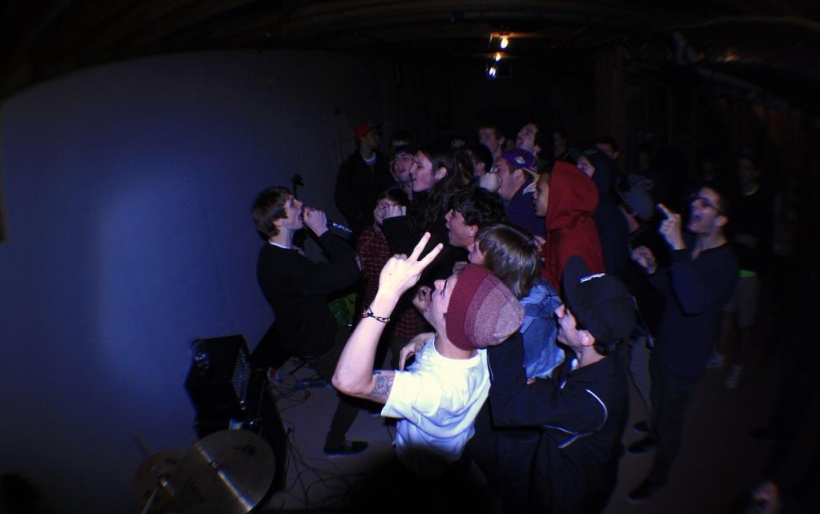 Nicknames is a super young three-piece from Cape May/Philadelphia that takes a minimalist approach to emo – which, for all intents and purposes, means they’re a three-piece with no bassist. Previous releases were only demos, and they were definitely not the most alluring kind of recordings. But two weeks ago, they released a new EP, this time recorded at ye olde Drexel Studios, and the development in these recordings is staggering – both in terms of sound quality and songwriting.

What makes this EP hard to ignore is that it’s catchy as hell. The guitars are all kinds of pretty and dreadfully poppy, and the drums are almost the exact same way; these are the kind of drum parts I find myself replaying in my head for days, air drumming intently in the silent abyss. The lyrics are really perceptive and honest, and they’re delivered with the fervor and keenness of a pissed-off tiger. Case in point: the mere three members of this band make it happen by owning their roles. This EP is generous and heartfelt, and I can’t stop listening to it. Full disclosure here: I’ve got a guest spot on the third track, and I was excited to hear how it came out, but I was immediately drawn in by everything else. It’s got transitions that turn on a dime and hooks for days. What more could you want from an act this young? Their developments on this release are so impressive, and I can’t wait to see what they come up with on future releases.

So here’s what you do: you download this EP for free on their Bandcamp (or mediafire), and come out to the release show at 7pm this Friday at Girard Hall in Fishtown. Opening acts include By Surprise and Secret Plot to Destroy the Entire Universe, so it’s going to be on and popping. Respect.