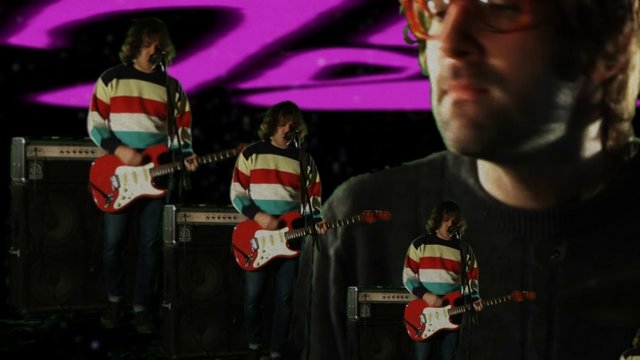 Unlocked: Fly through space with Purling Hiss in the video for “Mercury Retrograde”

Mercury retrograde is when the planet Mercury slows down in its orbit and from our perspective here on Earth appears to move backward. It happens three or four times each year and the first retrograde of 2013 just ended in the last few days. Intentional? Let’s hope so.

Water on Mars is this week’s featured album on Unlocked, by Purling Hiss. Yesterday we reviewed the whole record; today’s it’s all about the video for the first single, “Mercury Retrograde.” It features the band playing in space and really looking only half-interested in being there. But their cover is blown for a quick second at the beginning as each of them are show in front of a green screen. Don’t lie, you were fooled.

“Wait until you the see the ‘Mercury Retrograde’ video,” said guitarist and singer Mike Polizze, laughing with the rest of the band when I talked to them. So their intention is obviously a bit flippant. As if that wasn’t clear enough in the shot drummer Mike Sneeringer growing to mammoth proportions at the start of the first chorus. Or the shots of Polizze and bassist Kiel Everett flying around in a chair in kaleidoscope formations and across the cosmos. They’re even tailed throughout the video by ultra-violet colors as they play. It was directed by Jon Khanlian of Philadelphia Philms.

Water on Mars is the featured album in this edition of Unlocked; download the spotlighted single “Mercury Retrograde” in Monday’s post, read Tuesday’s album review and check back tomorrow for an interview with the band.