Unlocked: A look at the extracurricular activites of Purling Hiss - WXPN 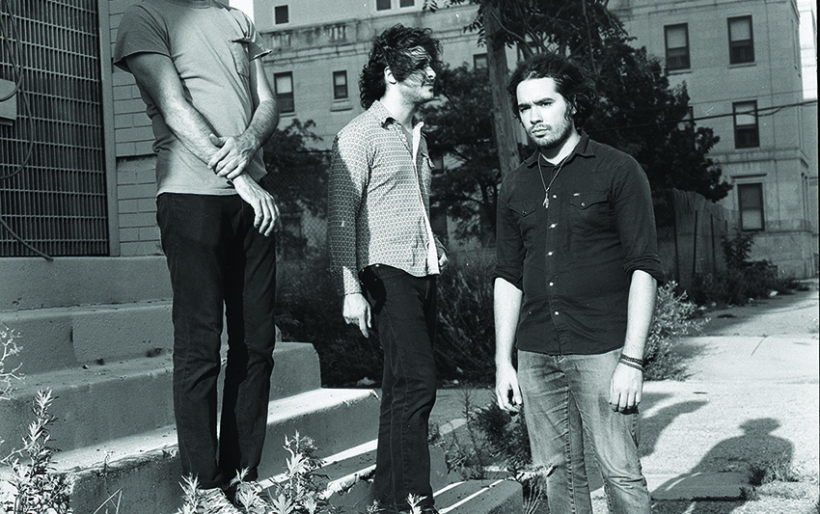 Unlocked: A look at the extracurricular activites of Purling Hiss

Mike Polizze cut his teeth on stage with his local guitar assault act Birds of Maya before Purling Hiss came to fruition. But Polizze’s bandmates are also active outside of their collective power trio, some very recently, others not as much.

Kiel Everett, the bassist of Purling Hiss is also the guitarist, main song-writer and singer of local roots rockers Tin Horses. Their first release, 2011’s well-received American Radiance was full down-trodden reflections of days past but not missed. Everett and and the rest of Tin Horses, whose lineup has changed a little over the last several months, released A Life of Trouble at the beginning of this album to his approval.

“A Life of Trouble actually feels like a band’s album,” Everett says. “I recently listened to American Radiance and realized I distanced myself from that album. I’m not a big fan of that one and have never been shy of saying it. We were a band for only a few months and put it together.”

Aside from plans to promote Trouble in 2013, Everett is also looking to release a solo record (he actually plays a solo set at the North Star Bar tonight).

Outside of Purling Hiss, drummer Mike Sneeringer is also a member of Puerto Rico Flowers, a band fronted by former Clockcleaner singer/guitarist John Sharkey. But Sharkey’s been living in Australia. So Sneeringer, who says he’s “very infrequently said no to a gig,” has just been sitting in on whatever he gets approached to sit-in. Traditionally, drummers are always at a premium, allowing Sneeringer to wear many different hats.

“I’ve played in a lot of bands spanning from hardcore to alt-country,” he says. “Every gig I take is to make me a more well-rounded drummer. I really enjoyed playing with John (Sharkey). It was a learning experience, before that I never played six-minute songs with zero fills. It also helped me improve my meter because John liked everything to be so slow and sparse.”

Sneeringer has been playing with D.C. power poppers Title Tracks and even recently filled in for three gigs with Kurt Vile. But there’s nothing like home base. Which, he says, is how he feel about playing with the Hiss.

As for Polizze and the rest of Birds of Maya, a band best known for their live performances of long psych-improv, has some plans for 2013, too.

“We’re hoping to put out an album in the next six months,” Polizze says. “It’s not going to be presented as a live, but the A-side will be one show and the B-side will be another show.”

Polizze continues, explaining he’s unsure what label will be putting it out, so it’s still a tentative release. Regardless, he and the rest of Purling Hiss have their hands full with an upcoming two-week tour of the US before heading to Europe in the summer.