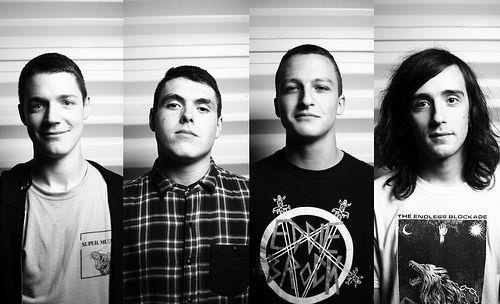 Full of Hell is a grindcore band from PA and Maryland that churns out some of the best hardcore of the moment. Their noisy, blast-beat driven songs occur very naturally and instinctually, lending a very dark, primal feeling to their music. Their last full length, Roots Of Earth Are Consuming My Home, was released in 2011, and last year they released two great splits. Finally, this May, the band will be releasing their second full-length record, Rudiments of Mutilation, on A389 Records.

To lessen the shock to your senses, they put up a stream for one track, titled “Coven of the Larynx.” This track is really promising; the drums and bass are mixed more generously than on past releases, and everything sounds stronger because of it. This fuller, larger sound helps the band sound as strong on tape as they do at their shows, and with that advantage in their pocket, there will be no stopping them. Check it out here via Vice Magazine’s Noisey music blog. Below, watch the band perform live at Churchills in Miami last year.