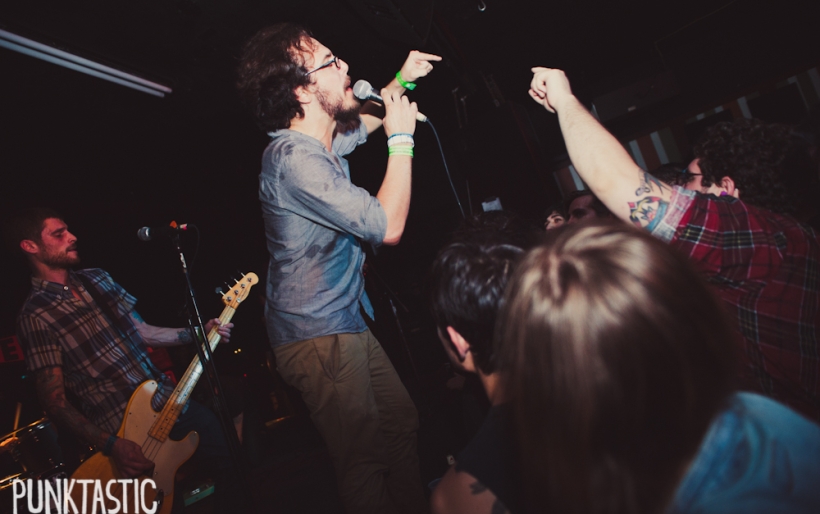 In 2011, Gainesville’s annual Fest proved to be a defining moment and performance for Restorations. The Florida hardcore festival showcases both the big and the upcoming-and-coming acts in punk rock, pop punk, post-hardcore and metal music. For those who have never heard of it, think of it as the South by Southwest for the non-ironically tattooed.

The 2011 installment (Fest 10) was Restorations’ first, aside from a one-off house show at Fest 7 before guitarist/keyboard player Ben Pierce was even in the band. It was one of the only out-of-the-Northeast shows the band was able to play with most members carrying full-time jobs. They took on the small club at the festival called Loosey’s. And to that small but packed house, they must have played the set of a lifetime because, after Fest 10, everyone started to take notice.

Through the peaking sound and shakey camera view of the video above from that very set, you can still see what Restorations does to a crowd. It was the energy that made critics at the show write, “Look for them in a larger venue at Fest 11, as the buzz is sure to only grow.” The Alternative Press Magazine writer made an accurate prediction — Restorations was slotted to play the High Dive concert venue for a 600-person crowd at Fest 11 last October. But they stopped by at Loosey’s once again for a smaller preshow event, not forgetting where their Fest hype came from. Both shows highlighted the band’s revered new bassist (Dan Zimmerman), their big label signing news (to SideOneDummy) and a few awesome new songs (from their A/B 7-inch, the video below is the band performing “A”). Their smiling faces show this crowd was anything but a disappointment.

And why should Philly punk fans care about this collection of shows played at a festival in Florida? Well, it can only be assumed that Restorations has a ton of sweat, energy and adrenaline stored up and ready to unleash on the local crowd at their LP2 record release show this Friday at First Unitarian Church. Then they will embark on their first lengthy U.S. tour with Captain We’re Sinking, Fake Problems and fellow local punks The Menzingers. That tour will also stop by the Church again on May 24.

Restorations will be ready to rip right through new tracks the video above of them playing “Let’s Blow Up the Sun” live in Brooklyn this past February. Fest may be where it started for Restorations, but only time will tell just how far this band is headed.

LP2 is the featured album in this edition of Unlocked; download the spotlighted single “Kind of Comfort” in Monday’s post, read Tuesday’s album review and check back tomorrow for an interview with the band.