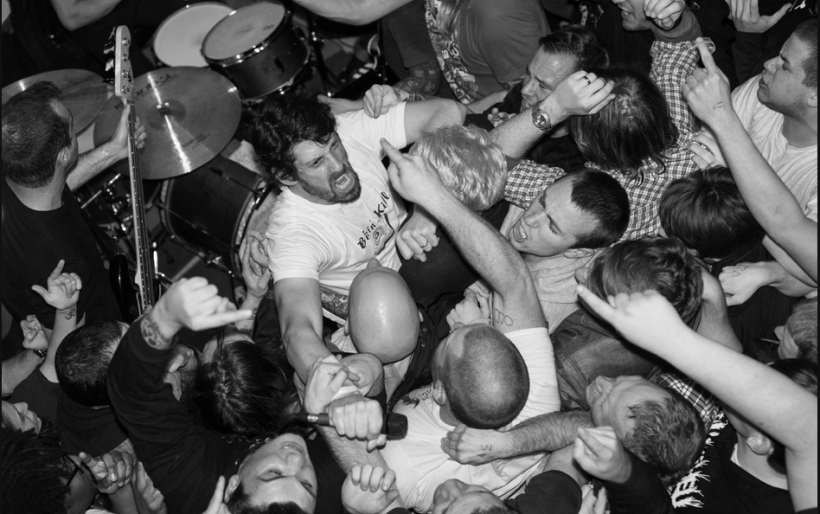 After releasing Invisible, their first new record in four years – and playing an incredible release show, held on Easter Sunday at the First Unitarian Church – Paint It Black have decided to release all of their past material on a new Bandcamp page. Previously, all of this music was just about impossible to find on the internet; but now you can buy all of their stuff digitally, as well as whatever physical copies the band still has available. They’ve even uploaded a rare limited-run older single, “Goliath”, and two tracks from a Chunksaah Records compilation released in 2002.

While some of us will undoubtedly take this opportunity to download older material, the new website feels like a major step forward. The new record is undoubtedly some of their strongest material to date, and the lyrics are as relevant and perceptive as ever (the band has sold all of their copies of the new record, but you can still order one from No Idea Records). It’s clear that this band has a fresh perspective on their direction, and we can’t wait to see where they go next. Below, some choice cuts from the Paint It Black back-catalogue.