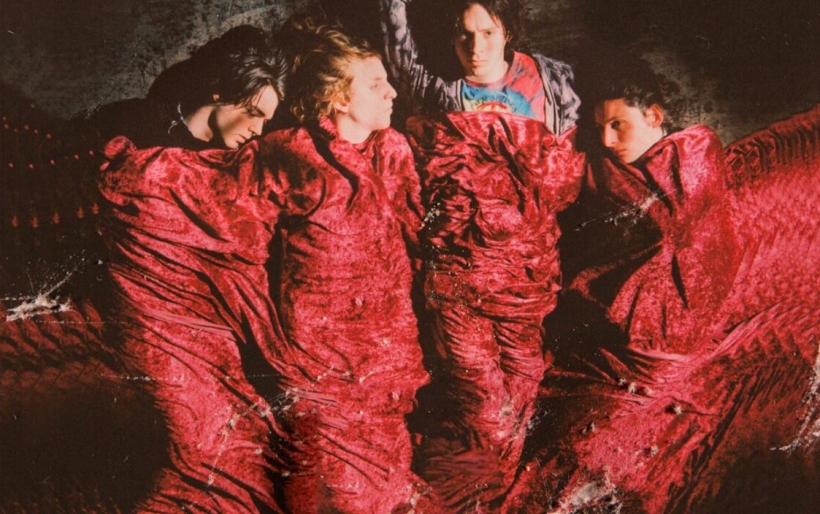 Falling somewhere between Primal Scream, Happy Mondays and (egad!) Bush, the buzzing Birmingham, England four-piece Peace makes its Philadelphia debut this summer with a headlining show at Johnny Brenda’s on June 10th. The band took a bit of heat for its retro-90s stylistic patchwork from The Guardian’s uber-discerning critic Alexis Petridis when its debut LP In Love was released in the UK earlier this spring. And, sure, the bits that sound the most Gavin Rossdale (“Follow Baby“) are kind of heinous. But more are the moments groove in a tasty britpoppy / Madchester-y fashion, and man do they groove hard and super-enjoyably. The band is poised to erupt in a Django Django-ly direction if it plays its cards right, meaning this JBs show will be an ideal time to catch them in concert. If you don’t believe me, stream In Love at The NME and decide for yourself.

Also on the bill are local openers Weekender, who worship at the alter of Spiritualized and Spaceman 3; their EP has been burning a nice fuzzy sonic hole in our corner of the WXPN office, and this show is their live debut, so it’s an ideal setup for maximum good vibes. Watch the music video for Peace’s “Lovesick” below and stream Weekener’s Spanish Peaks EP; after the jump, you can also listen to “Bloodshake” from Peace’s Delicious EP.