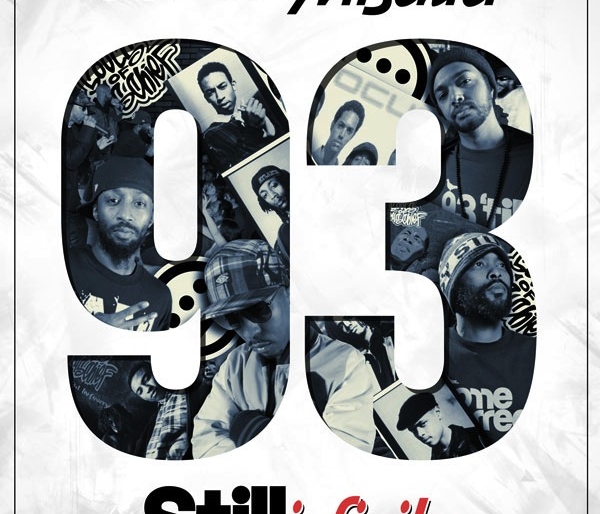 Say What? Souls Of Mischief playing Underground Arts on June 27

Has it really been 20 years since the hip-hop group Souls of Mischief released their classic 93 ’til Infinity? It sure has. Not familiar? Well, don’t be so quick to run to iTunes for the record. Sadly, you won’t find it there; nor on Spotify or emusic. The Oakland, Cali rappers – A-Plus, Opio, Phesto and Tajai – members of the Hieroglyphics collective – released 93 which was critically acclaimed for it’s unique mix of eclectic samples (Jack Bruce, Rotary Connection, Traffic, Freddie Hubbard, George Benson) and the charismatic fluidity of the rappers who provided a post-Low End Theory-esque alternative to the G-funk and gangster rap coming out of the West Coast during the early 90’s. The album is a singular important moment of the West Coast underground rap scene of its time. There’s bound to be some heavy hip-hop nostalgia in the room at Underground Arts when the Souls play the album in its entirety (plus additional material) at Underground Arts on Thursday, June 27. Go here for tickets to the show.