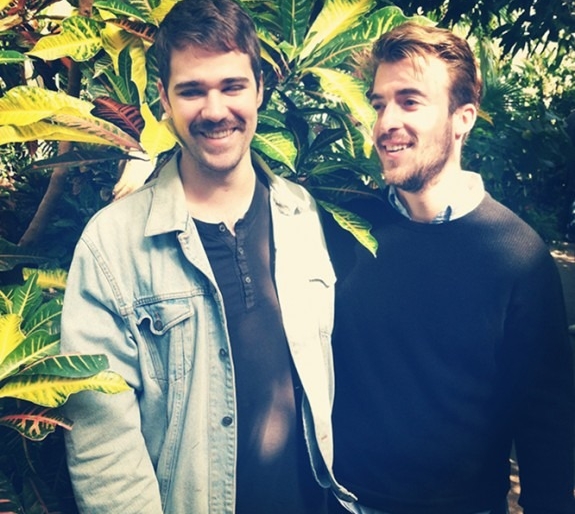 Things you should know about Philly / Jersey noise-pop outfit Cough Cool. It’s the brainchild of Dan Svizney, who you see at right in the photo above. He’s a snarky and oft-hysterical twitterer. He likes filtering pop/rock tendancies through electronic drumbeats and reverby ambiance. He’s got a new LP coming out on Bathetic Records called 29, and the songs that we’ve heard from it are good stuff. And he took his band name from an old Misfits song. As the folks at Impose Magazine pointed out when premiering his newest track today, his namesake gets a shoutout in “Misfits 4×4.” It begins as a pitter-pattering, distant romp and gradually ramps up the energy – in a Suicide by-way-of Crystal Stilts way. Give it a listen below, and check out Cough Cool’s album release show for 29 at Kung Fu Necktie on June 22nd.