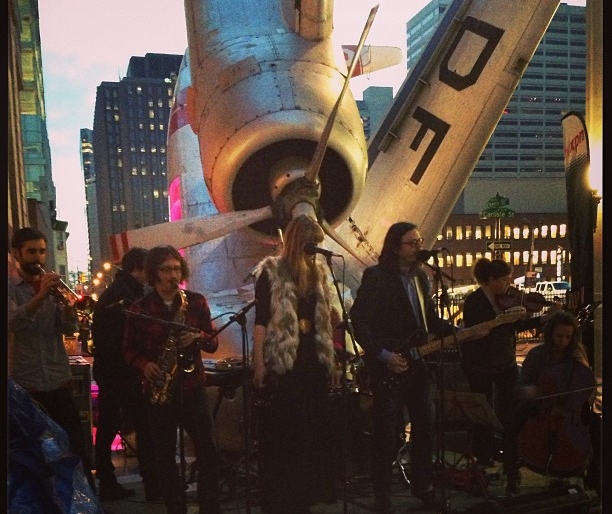 Once the frontman of The Barnabys and The Trouble with Sweeney, Joey Sweeney disappeared from the music scene to found Philebrity.com — a guide dedicated to gossip and city events. He has since returned to his place as singer-songwriter, and this time, he’s backed by the Long Hair Arkestra. Here’s a video of “When You Say My Name,” performed as part of The Key’s Studio Sessions Live event at the Pennsylvania Academy of Fine Arts in April, and filmed by Bands in the Backyard. They mix 60s rock with a tinge of country — and some great maraca work.

Sweeney and the Long Hair Arkestra will play tomorrow night at Milkboy; they join a stellar line up — including Night Panther, Former Belle, and Mohican — for Market East’s release of its new album, Children of Summer. Tickets and information can be found here.