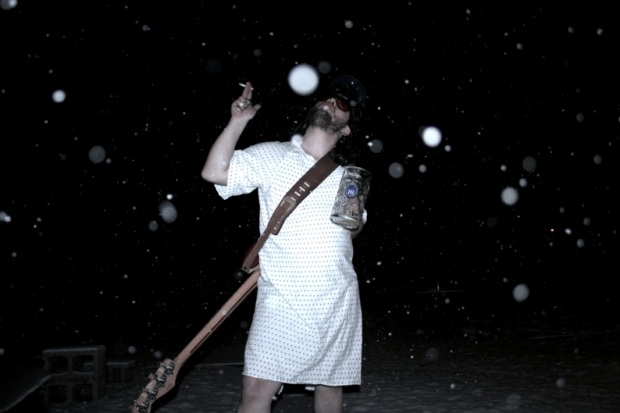 New England’s Ovlov have recently stirring up a buzz, and for due cause. The garage-punk (but not quite) outfit is pretty awesome. Having been around for a few years with a changing lineup revolving around Steve Hartlett, they’ve currently settled on a trio of brothers (literally): Steve, Jon, and Theo Hartlett. Hailing from Newtown, CT, the three are releasing their first full-length album, Am, on July 2nd (including “piss yellow” and “swamp green” vinyl presses, according to their bandcamp). “Nü Pünk,” the second song released from Am is noisy, brash, but manages to be melodic and throw in some classic alt-rock at the same time. Take a listen below, and catch Ovlov at Nacho House in Philly on June 30th with The Eeries, Rozwell Kid, and Poverty Hollow.