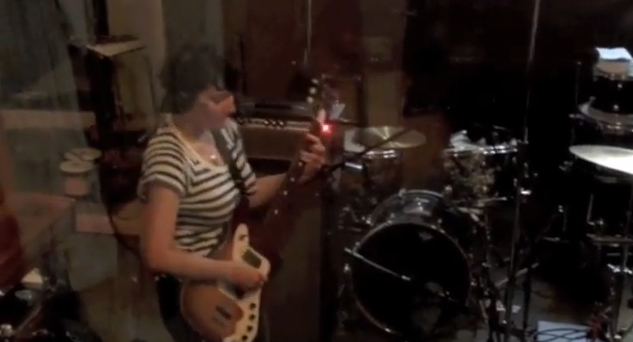 Unlocked: Go inside Uniform Recording with Break It Up

The new, self-titled album from Philly indie-punk power trio Break It Up was made at Uniform Recording, the Eraserhood studio helmed by Philly producer Jeff Zeigler. When they had downtime between takes, the bandmates took turns filming one another as they laid down tracks, did vocal warmups, explored Zeigler’s treasure trove of gear and got friendly with his studio golden retriever. Go inside the studio with them in the video below.

Break It Up is the featured album in this edition of Unlocked; hear the spotlighted single “Amplify Me” in Monday’s post, read yesterday’s album review and check back later in the week for an interview and more.