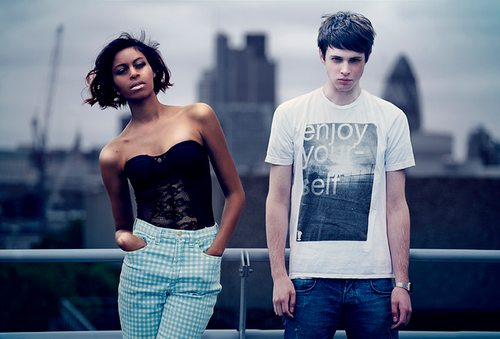 Although they’ve only released a handful of tracks to date, “future-pop” duo AlunaGeorge are already creating a huge stir in the music world.  They’re already booking huge venues, including Philly’s Made in America Festival at the end of August.  In the meantime, AlunaGeorge just released a new video for their single, “You Know You Like It.”  The music video features the duo in an empty pool with a gang of strangely dressed dancers.  While the song is reminiscent of 90s R&B pop, it features minimal electronic instrumentation more like dupstep and modern house.  Check out the video below and look for their debut album Body Music in July.