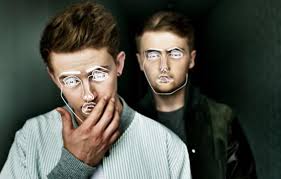 Disclosure, the buzzing UK electronic duo, recenly released a video for their song “F For You” of their debut album Settle.  Until now, all of the duo’s videos have featured odd scenes and scenarios with little to no appearances of the men behind the music.  But “F For You” features Disclosure exclusively, each member stationed at his set of pads, computers and drum kits.  The video looks like the ultimate 90s rave show, with sparkling lights cascading down a screen behind the group with rainbow colors flashing left and right.  The group plays Union Transfer October 29th.  Get tickets here and check out the new video below.