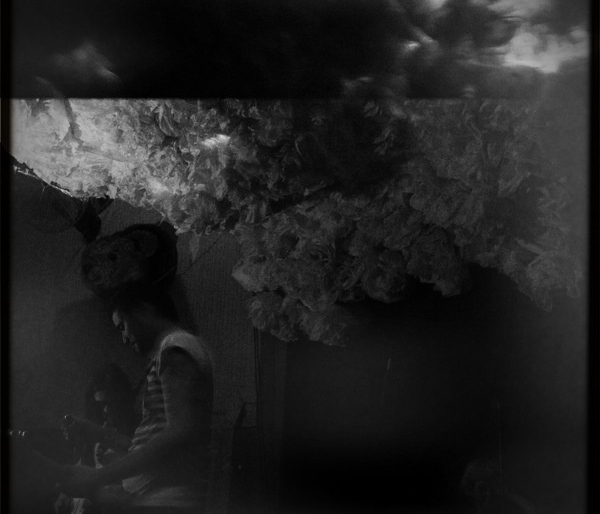 Rock ‘N’ Roll Rorschach is the debut LP from Philly garage-punk band Lantern, but it isn’t even close to their first release. Its Bandcamp discography comprises nine other releases; ten if you count the split cassette EP that Lantern’s Zachary Devereux Fairbrother released with Dirty Beaches in his old band, Oman Ra II. Here’s a selection of some of the band’s back-catalogue highlights; catch Lantern’s album release show tonight at Johnny Brenda’s and you might find some of these items at the merch table.

The Deliver Me From Nowhere… EP was the first release under the Lantern moniker, and it found Fairbrother experimenting with sounds and ambiance. The simmering tune above, “In The Night Alone” features a coda of drone created by mixing the sounds of rain pattering on the steel roof of a Fishtown warehouse with a time-stretched Beethoven piece.

On the American Razorwire tape, Lanterntried its hand at Willie Dixon’s oft-covered classic “I Just Wanna Make Love To You.” On theirs, you hear no horn section flourishes or bumping upright bass, just raw and powerful electric instruments.

The Live at Glasslands EP is a unique piece of music. Performed in collaboration with Alex Zhang Hung-Tai of Dirty Beaches, it mixes some structured songs (and a wicked Tom Waits cover) with extended stretches of free-form, improvised sound-sculpting. “World News” is the twelve-minute track that opens the set.

At ten tracks and 30+ minutes, the Dream Mine cassette released on Bathetic Records could almost be the band’s full-length debut – were it not for its limited run, cassette-only, not-easy-to-find-outside-Bandcamp status. Still, it saw the band exploring the grimiest of its grimy home recordings, from a cover of “I Wanna Be Your Dog” to the chugging, racing “Train Song” – where instruments make convincing sound effects. Bonus points for Fairbrother’s graveyard conjurer stance on the album cover.

Two outtakes from the Rock ‘N’ Roll Rorschach sessions are concurrently released as the Mr. Mars / Rock ‘n’ Roll Music 7″ on Mean Streets records. These are the most rip-roaring, poppiest moments in the Lantern library, and probably would have stuck out oddly from the ominous mood of Rorschach. It’s good to hear them live on as this 7″.

Lantern performs tonight at Johnny Brenda’s with Chris Forsyth and the Solar Motel Band and Ivory Tuskk. Rock ‘N’ Roll Rorschach has been the featured album all week on Unlocked. ear the spotlighted single “Evil Eye” in Monday’s post, read Tuesday’s album review, watch a roundup of live videos in Wednesday’s post, read today’s interview with the band, and check back in the future for more Unlocked spotlights from The Key.