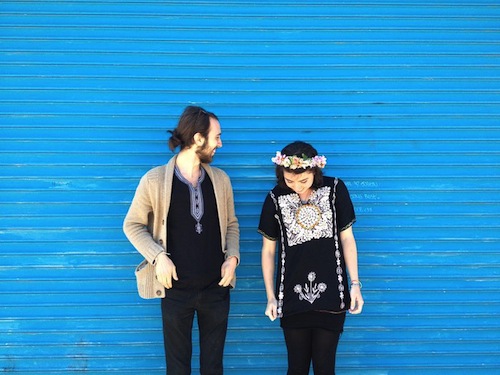 Vibey Delaware duo Mean Lady is gearing up to release its full-length debut, Love Now, on Fat Possum Records this month. Today the band released a new single from the album, “Lonely,” as a free download via Rolling Stone.  The cut begins with ethereal chimes and a hazy ambiance a la fellow indie rock popsters Cults, but then the beat (and its attendant handclaps) kick in big time.

Singer and songwriter Katie Dill tells Rolling Stone “Lonely” is a song “about being away from the one you love, knowing you’ll see them again, but wondering if the time in between will change everything. Driving home the point that physical nearness is yearned for in every relationship.”

Stream and download the song below; you can also check out their song “Far Away” here. The band’s national album release show is set for August 9th at Joe’s Pub in New York City, though a more local date is expected to be announced shortly.