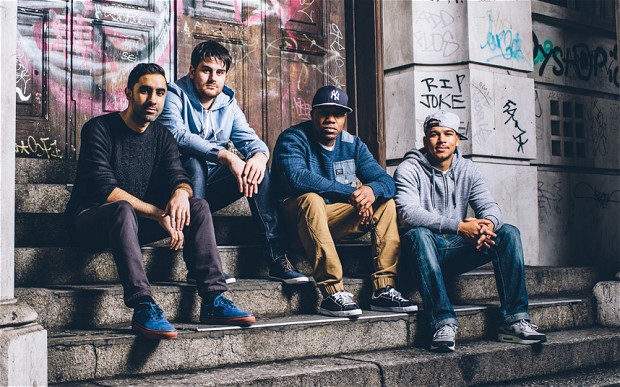 UK electronic drum & bass group Rudimental just released a new music video for their tune “Right Here” featuring singer Foxes (who has worked with tastemaking producer Zedd). It’s off of their debut album Home that dropped this April and was wildly successful in the UK. “Right Here” is a drum and bass jam (something that’s been largely missing from the American EDM scene) with catchy pop vocals. The video features beautiful scenes of Thailand and a wild tiger adventure – check it out below. Rudimental will be playing Philly’s Made in America Festival on August 31st.