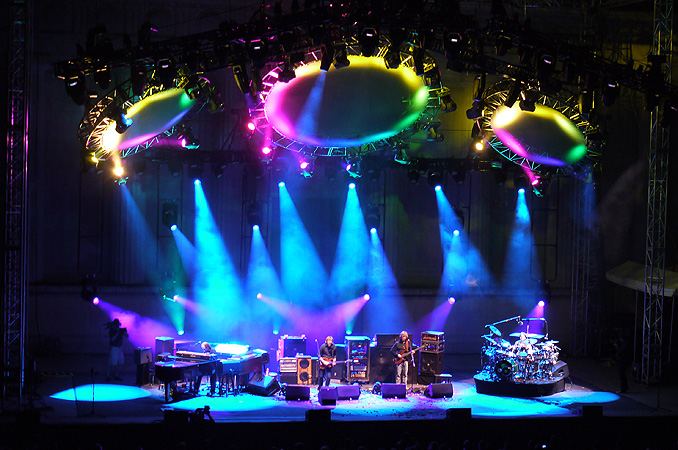 Celebrating their 30th anniversary this year, Phish have announced a much-anticipated fall tour spread over two weeks and seven cities in October.  Trey Anastasio, Page McConnell, Mike Gordon and Jon Fishman formed the band in 1983 at the University of Vermont and got their start playing frat houses and poorly-attended bar shows.  An impressive feat for any band, 30 years together for Phish is an extra special milestone – it’s the length of time The Grateful Dead performed together before Jerry Garcia’s death in 1995.  The rock/funk/blues band will play the Sovereign Center in Reading on October 29th followed by a three-day Halloween run at Boardwalk Hall in Atlantic City on October 31 to November 2nd.  Tickets and information for the shows will be available here.  Watch Phish perform “Stash” at Merriweather Post Pavilion earlier this month below.