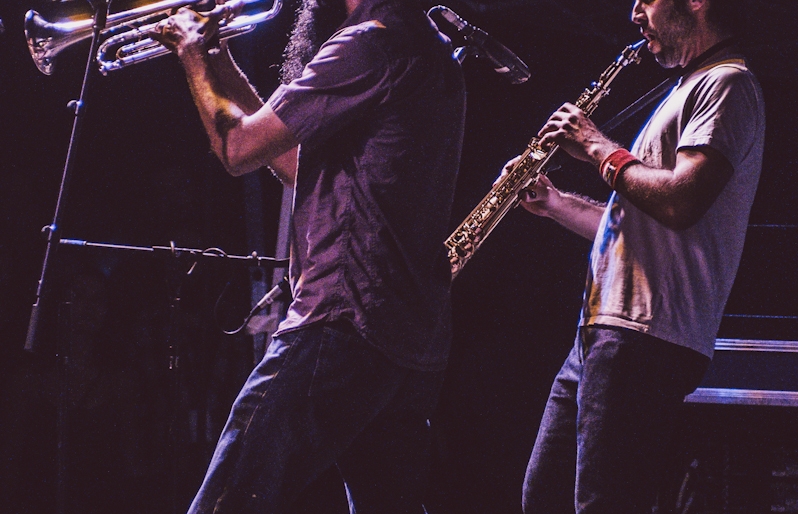 Tonight Red Baraat brought their jazzy Indian-fused big band sound to the Marina Stage at Wiggins Park at the XPoNential Music Festival. “I need all of you to stand up. It’s night time, it’s party time,” proclaimed dhol player Sunny of Red Baraat. After teaching the crowd how to do the “Punjabi fistbump,” the band launched into one energetic tune after another. They played songs off of their most recent album, Big Talk, which was released this June, as well as their January record, Shruggy Ji. The performance included a ton of great brass and singing solos, and even a bit of hip-hop. Although some a few were hesitant to comply to with Jain’s request at first, the entire crowd was jumping and dancing by the time David Dye brought the band back for a thrilling encore jam. See photos of the performance in the gallery below, read the setlist after the jump, and listen to the set in its entirety here (via the WXPN media player). 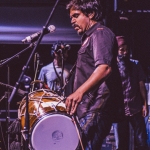 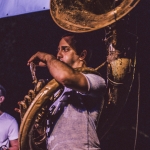 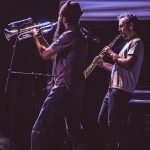 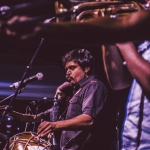 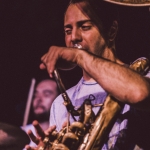 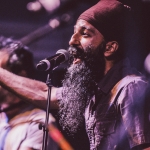 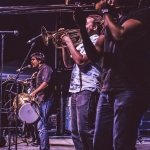 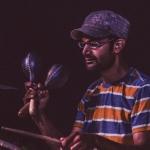