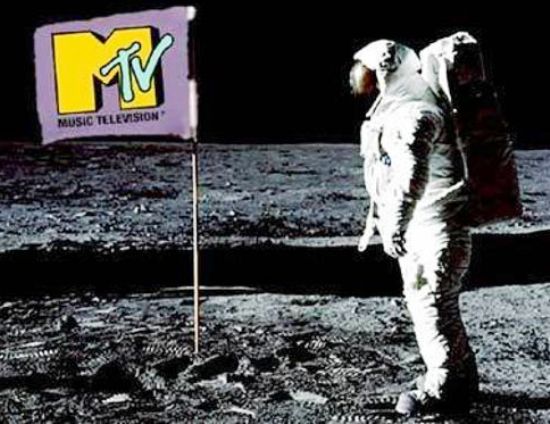 MTV launched this day back in 1981 with the airing of The Buggles’ “Video Killed The Radio Star”. One of the original VJ’s was Mark Goodman, who was on WMMR in the Seventies, before he moved to New York to take a job at WPLJ, which led to his becoming a part of the original on-air team. A nice batch of Philly bands showed up in the playlist of MTV’s golden era; watch six of our most favorite selections from local artists below. Gosh, some of these videos were really cheesy in a good way.

They don’t call it “The Legendary Dobbs” for nothing; back in the day, the South Street haunt JC Dobbs was the place to see live music in town, and Robert Hazard and the Heroes filmed their 1983 video “Change Reaction” there. Note the framed 8×10 glossies all over the wood-panel walls, and the way they make the matchbook-sized club look massive.

Okay, technically it’s Chester County, but we’ll forgive The Hooters for going outside city limits. The “And We Danced” video is delightfully retro-50s, with convertible muscle cars pulling up to a party at the Exton Drive-In.

Local glam-metal crew Cinderella played on the fairy tale they borrowed their name from for this video for “Shake Me” from 1986’s Night Songs. The wicked stepsisters leave for the big rock concert, but the Cinderella poster comes to life and the band helps the title character on her journey to the stage. The live portion comes from their homecoming show on May 4, 1987 (they’d been out on the road with Bon Jovi); the whole concert was taped, and used for their Night Songs: The Videos VHS. (Bonus: watch this video Cinderella starred in for DelCo eatery Pats Chili Dogs.)

You can’t talk about classic Philly music videos without mentioning The Dead Milkmen’s “Punk Rock Girl.” They filmed this at Eastern State Penitentiary – well before the old prison was repurposed as a museum / haunted house – and it launched the band into heavy MTV rotation. Bonus fun: this 1990 Orlando Sentinel article talking about the band’s wrangling with MTV censors over the “Methodist Coloring Book” video.

We dug deep for this one (thanks, DJ Robert Drake): resident Philly new wave-ers The Vels released this splashy and theatrical video for “Look My Way” from their 1984 album Velocity. They might have been local, but this fashionable video was shot in London.

Going back to the earliest days of MTV, this suave video from local pop heavies Hall & Oates was the first to feature the duo’s backing musicians, including later SNL band leader G.E. Smith. Go ahead, try getting the song unstuck from your head.