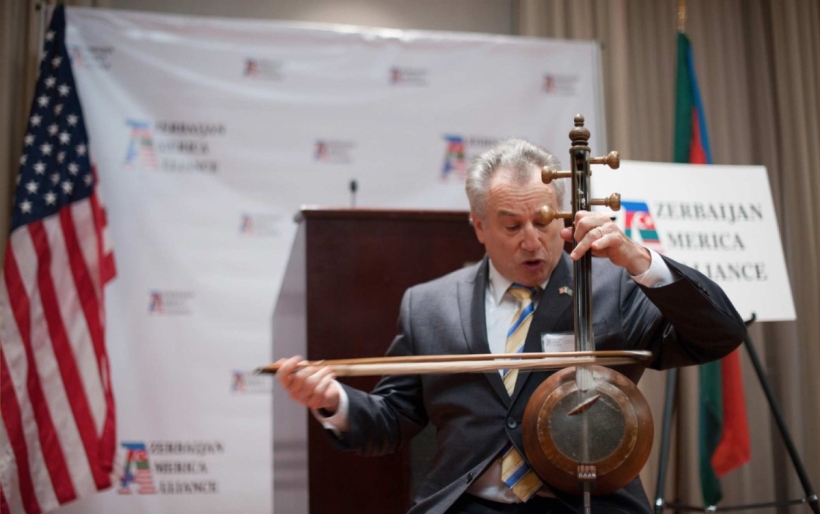 Presented by Fire Museum, Philadelphia-born musician Jeffrey Werbock will perform traditional Azerbaijani mugham compositions at The Rotunda in West Philly on September 6th.  The enigmatic and transcendent music of the Caucasus Mountains circles around three main instruments – the oud, the tar and the kamancha – and is one of the first styles of music to include open improvisations, forming a base for modern day free jazz and blues.  Having studied and presented the music for over 35 years, Jeffrey Werbock is one of the U.S.’s foremost experts in the ancient Eastern art of mugham; tickets and information for his lecture and performance at The Rotunda can be found here.  Watch a short informational video with Werbock below.