The Key's Week Of Folk: Folkadelphia's Fred Knittel on bridging the old-time, new-time, and all-time at #PFF2013 - WXPN | Vinyl At Heart 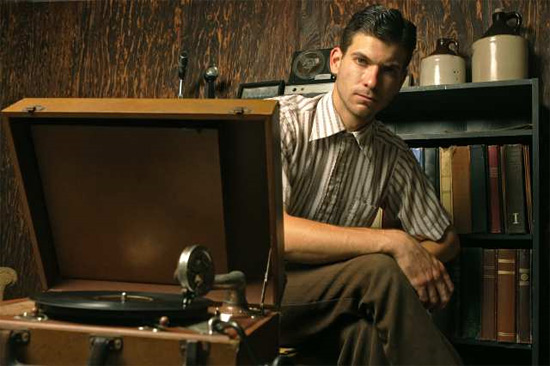 The Key’s Week Of Folk: Folkadelphia’s Fred Knittel on bridging the old-time, new-time, and all-time at #PFF2013

The Key’s Week of Folk is our series of interviews, reviews, artist spotlights, playlistings and general ephemera to get you ready for the 52nd Annual Philadelphia Folk Festival, happening August 16th to August 18th at Old Pool Farm in Schwenksville. For this installment, we turned to one of our in-house folk music authorities for tips.

Folk music festivals, especially the Philadelphia Folk Festival, have always interested me in the way they bring together history and modernity. More so than other large music events, they really go ahead and just smash the two worlds together. And that’s what folk music is all about, drawing from the past, introducing (or re-introducing) in the present, and looking forward to what the future holds.

I spend a lot of time with my Singer-Songwriter (on XPN2) radio show Folkadelphia preaching about the malleability of the term “folk music” and what it means today; how it’s use to describe an artist doesn’t necessarily signal a particular sound.

This year at the Philadelphia Folk Festival, there are a number of acts and exhibitions that bridge the gap between the new and the old, and the traditional and the contemporary. Let these events shake up your preconceptions:

Frank Fairfield (Sat. at 1p Lobby Stage)
Fairfield looks and sounds like he just stepped out of a timewarp to the late 19th century. His music is steeped in tradition, yet I can’t help but notice a certain brash energy and playing that feels fresh.

Spirit Family Reunion (Sat. at 2p Lobby Stage, Sun. at 11a as part of Spiritual Sunday Morning)
Recent darlings of the folksy scene – these guys will stomp, clap, hoot, and holler right into your heart. Plus, the songs are designed to get you singing along.

I’m not entirely sure what this event holds, but it’ll certainly be exciting! Performing murder ballads continues to be one of the most celebrated aspects of folk music. With these fantastic Philly folk ladies at the helm, perhaps they’ll focus on major reoccurring theme, “hell hath no fury like a woman scorned.”