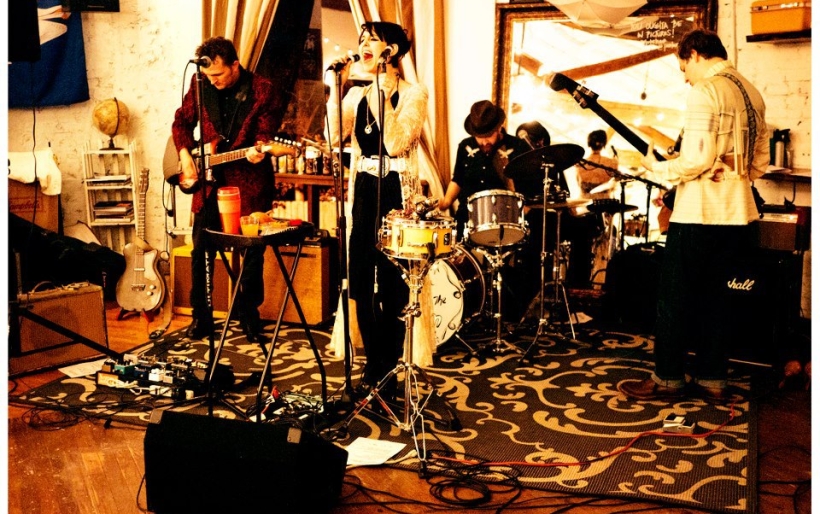 The Key’s Week of Folk: David Dye previews World Cafe’s campground concert with Luella and the Sun and more!

The Key’s Week of Folk is our series of interviews, reviews, artist spotlights, playlistings and general ephemera to get you ready for the 52nd Annual Philadelphia Folk Festival, happening August 16th to August 18th at Old Pool Farm in Schwenksville. For this installment, David Dye tells us about tonight’s festival kickoff at his annual World Cafe campground concert.

The Thursday night campground stage kick-off to the Philadelphia Folk Festival has at least a couple of goals: To present a new artist that might be a little outside the usual folk fare and to be the best party of the entire fest.

Our World Cafe selections have been pretty good. Over the last few years we have had Deer Tick, The Felice Brothers, Amanda Shires, ukulele genius Jake Shimabukuro, and this year a great new blues-soaked artist we heard about on our Sense Of Place visit to Nashville, Luella and The Sun.

Luella is Melissa Mathes and she and guitarist Joe McMahan are the core of this band that brings blues, gospel and rock into the mix in kind of an unhinged way. Ann Powers from NPR is a fan. Tchad Blake produced their first single. They will make a new album later this summer, out next year. In other words they are perfect for the campground.

Caravan Of Thieves and their gypsy swing influenced pop open. And bringing the party is another band we met doing Sense of Place – Star and Micey from Memphis.