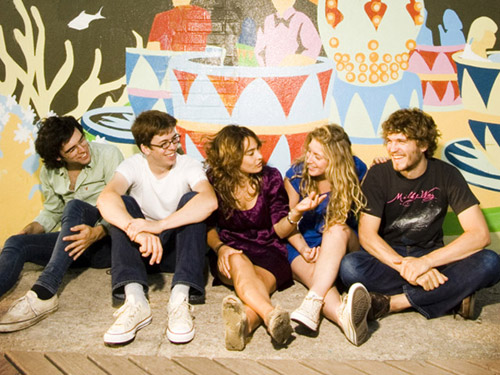 Syracuse indie rockers Ra Ra Riot released their third album, Beta Love, back in January of this year. The group has just released a video for their latest single “Binary Mind.” The snappy, fast-paced electronic rock song’s video features distorted cartoons of the band, floating head shots, a spaceship that grows an eyeball and a ton of weird and very colorful imagery. Director Cole Hannan told NPR Music: “I ended up wanting to make a story about a planet being created, life on that planet popping up, that life assimilating with computers, and that new human-computer hybrid being able to, in a sense, meet it’s maker.” Check out the video below. The band performs at the TLA on Thursday, October 10th.