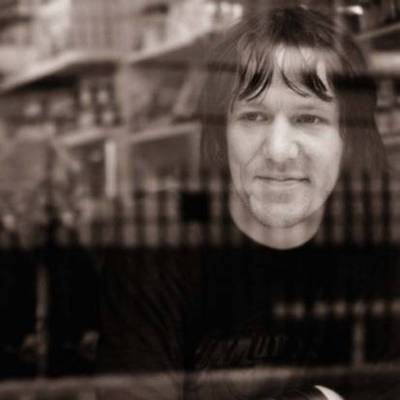 I remember hearing Elliott Smith for the first time. It was the summer before my sophomore year of college. I just got through a semester long training for my school’s radio station, and having converted from my thrash punk stage to the more down-to-earth genre of indie rock only six months before, I excitedly asked my friends for suggestions to play on my upcoming show.

One handed me a mix CD of her favorites, and on there was a two-minute song that instantly tugged at my chest. A spidery whisper singing “I’m in love with the world through the eyes of a girl…” and checking the handmade lined-paper CD case, I fell in love with “Say Yes” and the haunting delicacy of Elliott Smith.

Celebrated for his quiet but powerful lyricism, Elliott Smith was a beautiful tragedy that left this world too soon. Inspired by the No Name concert series, local blog Tri State Indie has put together a tribute to the singer/songwriter held at the World Cafe Live tomorrow night. Starting the show at 8 p.m., seven artists will be featured, including Philadelphia’s Jonah Delso and September Call-Up.

Although a little skeptical of tribute shows in general, I knew this was going to be the closest I would get to actually seeing Smith live. I bought a ticket and checked out the all-local line-up. But as I listened though YouTube videos and looked at band websites, I started to wonder why each of the eclectic artists wanted to be part of such a tribute. Is it that their sound was similar to Smith’s? Or is there a deeper connection that pulled them to this performance? I dropped each artist an email and asked why they wanted to be a part of the tribute to Elliott Smith and how they would describe themselves in comparison to Smith.

“Elliott Smith is the first artist I remember listening to who made me want to print his lyrics out, to try and understand the stories behind his songs, ” Delso says. He goes on to explain that the keyboardist in his band, Goodnight Lights, saw Smith perform a couple of months before his death, and that the singer/songwriter has always been an inspiration finding a way to Delso’s top-listened-to list every fall.

Angel Ocana talks about how the late music artist helped him find his musical muse.

“I was introduced to him by a fellow photography major the first year of [college],” Ocana writes. “She was a heart breaker…but I was still all about her.” Going on, Ocana says that he was in love and carefree, and the two would listen to Smith every night; either blasting it in the darkroom or intimately listening to it on her CD player. But by the end of the year, the two grew apart and Ocana fell into depression. Eventually losing his interest in making art, Ocana began to teach himself guitar by listening to Smith’s records in an empty dorm-room.

“His music is intimate and, just like him, I was writing songs for me. No one else. My heart was broken, I felt lost and alone. A freshman just so happened to walk by my open dorm room door as I was playing my first original song and she said ‘Hey, that’s a beautiful song.. Is it yours? You should continue your music.‘ And that’s when I knew I was meant to be a songwriter.”

Dan Collins reminisces about encountering his musical admire-ee in a New York bar, in the midst of the songwriter’s storied drinking days; with all of his flaws, Collins says, Smith made his discography look easy despite the epic feat it truly was. “He’s a haunting reminder of the beauty a tortured heart can deliver, and also the hellish downfall it may endure.”

Find more information and tickets for tomorrow’s Elliot Smith Tribute here. Prepare for the show below with Smith’s performance of “Between the Bars” and video for “Miss Misery.”