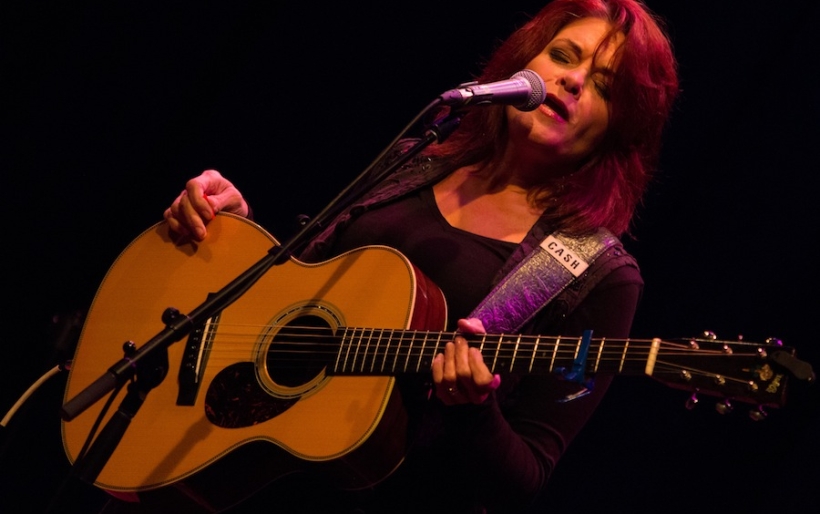 All photos by Chris Sikich | countfeed.tumblr.com

Last night in the intimate confines of the Sellersville Theater, Rosanne Cash wowed the sold-out audience with her voice, guitar, sideman/producer/husband John Leventhal, and overall music gusto. Relying heavily on her 2009 covers album The List, Cash wound through country past with ease and brilliance, especially in her towering renditions of “Motherless Children” and Bobbie Gentry’s “Ode to Billy Joe.” There were moments of humor interlaced with the weighty topics of her oeuvre, like when Cash and Leventhal commented on a setlist in the Sellersville dressing room from group Vanilla Fudge that lacked their signature song “You Keep Me Hangin’ On.” This came up enough that Cash had a go at the chorus of the song a few times, despite forgetting the majority of the lyrics. Beyond memorable humor there was also the unveiling of three songs from her forthcoming 2014 album. All three were tremendous works of rock and country, with “Modern Blue” and “Sunken Lands,” which featured a remembrance of Cash’s father and grandparents, being the standouts. Philly local artist Kwesi Kankam opened the show; check out photos from the night in the gallery below.