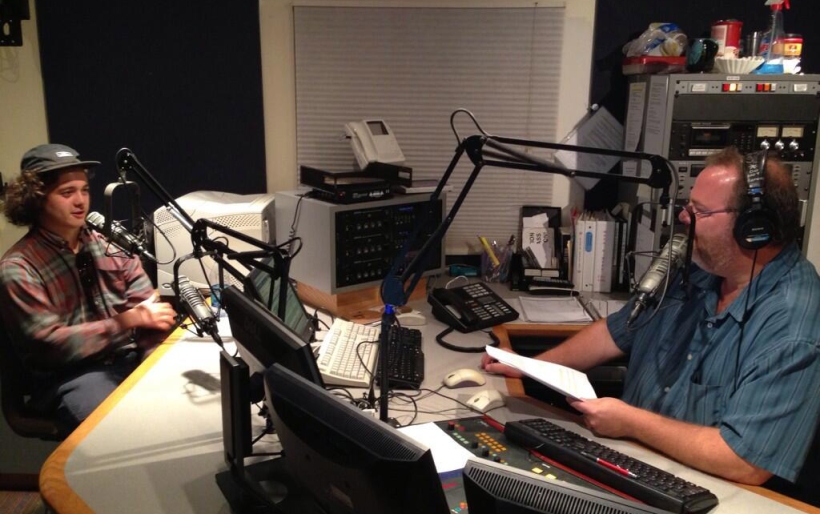 Now that The Districts wrapped up their summer tour with Pine Barons and settled in their new house in Philly, frontman Rob Grote took some time out yesterday afternoon to visit WXPN studios for an interview live on the air with afternoon host Dan Reed. They talked about playing live, the weirdness of getting courted by labels and a certain burrito shop in Lancaster that got the band its start. Listen to the interview in its entirety below.

The Districts’ next two shows are somewhat vague, according to Songkick: one is simply listed as “The Districts House Party” on September 14th (as Grote mentions, all four bandmates now share a house in Philly) and another is at “Vintage bookstore in Lancaster” on September 15th, and both feature Nashville bands Clear Plastic Masks and Ranch Ghost. But as we also hear in the interview, the band is currently recording its sophomore album with Bill Moriarty at Waking Studio in East Falls. Can’t wait to hear the results.